Why Netflix is a lifeline for African film-makers 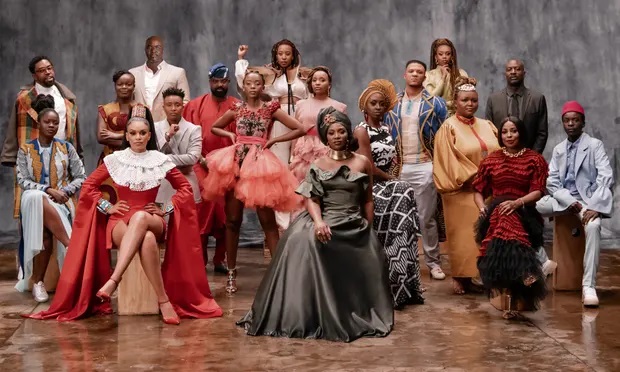 ‘Have you ever had someone tell your story, take your voice … and replace your face until no one else can see or hear you?”

These are the powerful words that Nigerian actor/director Genevieve Nnaji speaks to introduce the Netflix initiative Made By Africa, Watched By the World.

It creates a path for stories that specifically address different slices of the African experience to see the light of day and reach a wider audience. Considering that there’s a growing feeling among Africans that inaccurate representation on screen is a given, that’s a good thing for everyone.

So what does Made By Africa, Watched By the World give us? Netflix has purchased previously produced content and also produced its own, both TV shows and films.

Kagiso Lediga and Pearl Thusi have followed up their 2018 romantic drama Catching Feelings with a TV show, Queen Sono, about an undercover spy, that premiered earlier this year.

Nick Mutuma’s coming of age drama, Sincerely Daisy, is having its highly anticipated premiere on Friday, while other Kenyan films – Tosh Gitonga’s romcom Disconnect and Tom Whitworth’s Poacher – have also found a home on Netflix.

Whatever you may think of the streaming platform, for African film-makers such as myself, Netflix is a lifeline.

Here in Nairobi, one of the many problems film-makers face is the lack of active film distributors. After a film is made there is no way to market it or get it into cinemas, unless you go massively out of pocket.

It is pretty much the same throughout the sub-Saharan continent – with the exception of Nigeria, which had a distribution boom in the early 2000s via videotapes and video compact discs, and South Africa, which has a far more modernised system with major distributors such as Ster-Kinekor and United International Pictures.

Both have major limitations: these distributors essentially act as local representatives of major Hollywood studios and don’t market locally made films outside the country, and while Nigerian films did cross their borders, piracy meant they were greatly hampered.

The wider reality is that Africanness in cinema has become an identity to play with. Hollywood tends to treat Africa as a homogenous location with unspecified cultures and accents.

While we Africans can admire Beyoncé Knowles-Carter’s Black Is King or Ryan Coogler’s Black Panther, the wall-to-wall fan adulation in the west doesn’t tell the full story. African audiences know these films get accents wrong and don’t accurately portray their traditions and cultures.

Netflix has other problems, too. It is a vast sea of content where films without big-name casts and directors may end up being lost in the mix. Lulu Wang said it best: “[The streamers] are building their brand, and when you are an established film-maker, you are a brand that they want to partner with to help build their own brand. But with newer film-makers, newer voices, you don’t have a brand.”

Netflix is attempting to break its own logjam, but if it doesn’t back these African film-makers with the marketing they need, they will still struggle to find a wider audience.

• Fred Onyango is a film-maker in Nairobi.