What Beyoncé’s ‘Black Is King’ Means for Disney Plus 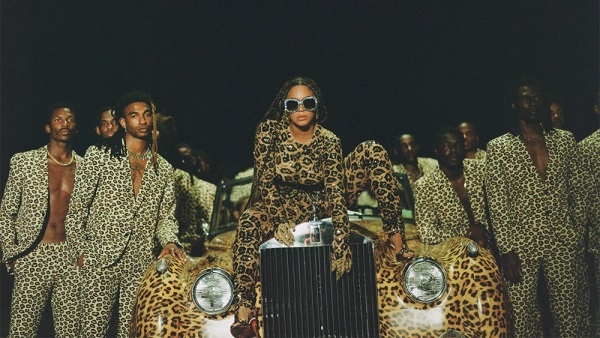 That’s the question worldwide fans and Hollywood insiders are mulling with anticipation, as Beyoncé’s latest visual album, “Black Is King,” prepares to debut July 31 on Disney Plus.

The top-secret project from the superstar entertainer was announced less than a month ago, and promises to be a bold visual celebration of Black culture through the ages, as well as a splashy streaming event amid a drought of content caused by coronavirus lockdowns.

“Black Is King” is a feature film composed of music videos for songs from “The Gift,” an album Beyoncé executive produced as a companion to the 2019 live-action remake of “The Lion King,” for which she voiced the lead female role.

It’s an adaptive process she knows well, having delivered the Peabody Award-winning  2017 album “Lemonade” as both a record and a stacked video compilation, strung together by her own narration.

With “Black Is King,” however, Beyoncé is not only drawing from her experience as an established artist and a woman of colour. She’s putting her own spin on the billion-dollar IP behind “The Lion King.”

That Disney Plus would be home to such a broad interpretation of its wares isn’t surprising. Yet, if teaser trailers and promotional images are any indication, Beyoncé is pushing the boundaries of what many have come to expect from the Disney machine.

“Beyoncé is a great get for anyone, but this signals to me that they are going to get more elastic on what belongs on Disney Plus versus what belongs on Hulu,” one top film executive at a rival studio, speaking on the condition of anonymity, tells Variety.

Disney acquired Hulu when it bought out fellow stakeholders Fox and Comcast in 2019, and the adult-skewed platform is largely considered a counterprogrammer to Disney Plus, whose firehose of premium content comes from Disney-owned labels including Marvel, Pixar, Lucasfilm, Walt Disney Animation and National Geographic.

While all stylistically different and innovative, content from these engines falls in line with the safety the Disney brand is renowned for — one in which heavy social themes are delivered with healthy doses of sunshine.

“Black Is King” takes the story of “Lion King” protagonist Simba and layers him on a young Black man who is cast out from his family and forced to find himself in an unforgiving world. Themes of suppression and the horrors of colonialism, as well as the consistent message of Black pride, are front and center.

As with any Beyoncé project, portrayals of gender equity and celebration of the female form and sexual power are also evident.

The film will be the most direct confrontation of a timely societal discussion around racism that Disney Plus has seen in its young life, especially for a corporate owner that has only recently taken steps to rectify transgressions like insensitive theme park rides (Splash Mountain at Disneyland, based on the problematic animated film “Song of the South”) and warn viewers of “outdated cultural depictions” in content from its streaming library.

“The importance of doing “Black Is King” as a brand statement outweighs any risk to perceptions about their customers,” says the executive. “Disney Plus is also reaching a ceiling in terms of subscriptions with the content they have. They’ve got to be asking how they can keep adults around, and how to show originality when we can’t shoot anything.”

Jacqueline Coley, an editor at meta-critic site Rotten Tomatoes, says, “For Black women like myself, there’s nothing bigger than Beyoncé, and what she does is partner with power. For someone like her, there are very few brands that can reach the level of power she brings by walking into a room. Disney recognizes that.”

Coley points to the recent acquisition and accelerated streaming of Lin-Manuel Miranda’s groundbreaking Broadway show “Hamilton,” a production that she says also took some navigation on Disney’s part.

“When you look at things like ‘Hamilton’ and ‘Black Is King,’ they are bridges into content that has not been part of Disney’s long history,” she says. “But as they look forward to being a moral global entertainment brand, it’s less about work that fits into a model and more about how they can serve a brand that’s 50 million subscribers strong.”