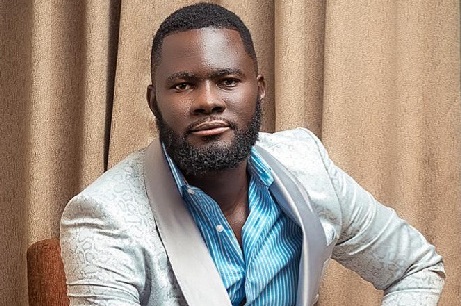 In the midst of the hoopla that emanated after the 63rd Grammys, especially on the failure or inability of our Ghanaian artistes to feature prominently, a group of industry personalities have for some reasons come under attack.

In the heat of the chiding the Ghanaian artistes have received, the likes of Shatta Wale, Medikal, Worlasi and some other entertainers have turned on pundits in the industry – blaming and even spewing vitriol against these commentators.

In one of his rants, Shatta Wale threatened to take a cane to the studios of SammyFlex TV to whip pundits on the show and even worse, Emmanuel Arhin also known as Bossu Kule, the manager of songstress Sista Afia, threatened to slap pundit, Kwasi Ernest multiple times should the latter speak on any matter concerning his artiste after phoning into a show on Zylofon TV.

It’s just right that the level of ignorance and foolhardiness being exhibited by some of these acts and some of their followers be addressed.

It is annoying to realise that most of these entertainers and some of their followers are ignoramuses when it comes to the subject of punditry. Their lack of knowledge and their obvious refusal to learn culminates in their lack of appreciation, respect and recognition for pundits.

The media has ensured that once there is programming that covers almost every sector of the economy, there would be punditry on shows that hinge on politics, sports, entertainment, travel, technology, agriculture and many others.

Read also: Trends over relationships: the Edem and Sarkodie saga

So, yes, there are political pundits or commentators, sports pundits, technology pundits and of course entertainment pundits.

Most of these ignoramuses are oblivious of the structure that pertains in the showbiz industry. Just like every sector, there are major players, stakeholders, policy makers, partners, corporate firms that are all engaged in the business and then there are hosts of various shows on radio, TV as well as podcasts that are dedicated to analysing systems, happenings and everything that pertains to these players.

Most of these shows require pundits to offer their expert opinion on various subjects related to the industry.
Unbeknownst to many of the naysayers, every pundit has primary expertise in the business, meaning, a pundit has his/her first calling within the industry before becoming a commentator or analyst on a show.

So there are pundits who are journalists, bloggers, event promoters, artiste managers, music producers, event organisers, musicians, actors, directors, movie producers among others.

These guys are called upon to be pundits on various shows by virtue of the fact that they hold varied positions within the industry and are expected to bring their expertise to bear on such shows.

Critics of pundits are oblivious of their functions and do not appreciate the role they play in the system.

Within the ecosystem of the creative industry, as it pertains in every space worldwide, there are the systems/structures, proceedings within the industry and the players such as the musicians, actors, and of course, there are the portals, magazines/ newspapers as well as TV and radio programming that are structured to discuss all the elements within that ecosystem.

The fact is that punditry is part of every industry, from politics to sports and the role of pundits are highly recognised and respected elsewhere in the world, yet, in Ghana, some people have the conviction that pundits just get up from their beds, move to radio and TV stations and talk nonsense.

It is intriguing to note how these entertainers and some of their ill-informed followers keep mute when pundits shower them with accolades when they achieve something meaningful in their respective careers. In such circumstances, the pundits are well informed, know their stuff and are well placed to offer opinions.

However, when these same pundits offer seemingly ‘negative’ commentary about these same entertainers, hell breaks loose. That’s when they spew invectives at pundits for wanting to mess up with their careers – making it seem as though pundits are paid to alter and injure their careers.

These entertainers seem to have the heart to accommodate positive feedback but obviously cannot countenance the opposite. Newsflash! Pundits will continue to play their roles, offer their expert and candid opinions on related matters – be it ‘positive’ or ‘negative’ and this will continue to pertain, so long as an industry exists.

Understandably, the respect for pundits in this side of the world is nonexistent considering the lack of appreciation and recognition, especially when remuneration is next to nothing for persons that assume such role. Elsewhere, sports, political and showbiz pundits are well paid to offer their expert opinion.

One can be forgiven for their refusal to recognise and appreciate the role of pundits but what cannot be forgiven is when they threaten pundits, when they behave violently towards pundits. Such crass, irresponsible and repugnant behaviour would not be countenanced and encouraged.

That was the case with Sista Afia’s manager, Bossu Kule, who threatened to slap an experienced and accomplished artiste manager and pundit, Kwasi Ernest over comments about his artiste. That behaviour is senseless!

Following the 63rd Grammys, some of these acts have been up in their feelings chiding pundits for the seeming backlash they received. The fact is; these pundits, hosts and presenters are not responsible for your inability to go to the Grammys. As an artiste, if your aim is to make it to the Grammys, you work towards it and achieve.

That pundit is there to run commentary on your ability or lack thereof to make it to the Grammys and suggest possible mechanisms with which you can get there. The rest is up to you. Play your role and let that pundit also play his/her role and once you get a better understanding on the diverse roles players hold in this industry, you won’t lose sleep.