My parents support me looking for love on TV – Fatima 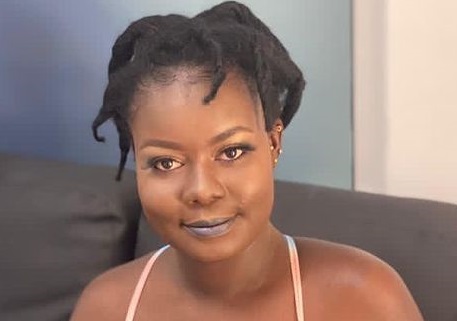 While very popular in the West, dating shows have not really caught on with us perhaps because looking for love on television is not something that is culturally acceptable.

However, TV3's Date Rush seems to have broken through and has made for popular viewing on Sunday nights at 8 p.m. with the antics by the guys and girls seeking the right partner providing a lot of hilarious moments.

While many parents may not like the idea of their children make a spectacle of themselves on television in a bid to find love, Fatima, one contestant who has been a fixture on Season Four of Date Rush since it started, says she has her family's support.

“My parents are okay with me looking for love on TV. You cannot tell where you will find your partner, maybe mine is on Date Rush. I just told my parents to support and trust me and they did not hesitate in doing that,” she told Graphic Showbiz.

According to Fatima, who is popularly known as Galsdemboss, looking for love on TV is not a bad idea and there is nothing to be shy about.

“I don’t see why anyone would say it is a shame to look for love on TV. Love can be found anywhere and it takes a bold girl to actually come out on TV to look for her lover. I love a caring guy who would love me for who I am and I pray I get one.

Related Stories:Nii Kpakpo Thompson reveals why he is no longer host of Date Rush

“Apart from looking for love on Date Rush, my second reason for being on the show is to be famous and promote my songs,” she said.

Fatima has gained attention on social media for the things she says on the show and although some people may think she is playing to a script, she revealed to Graphic Showbiz that the show is not scripted.

“Until I joined the show, I used to think that the contestants were told what to do but that is not it. I went there not knowing anyone and we don’t get to see the guys who come on the show until they hit the stage,” she said.

According to Fatima, any lady or guy who doubts her can join the competition and they will find out that it is not scripted.

Born to a Muslim father and an Ashanti mother, Fatima real Fatima Mary Owusuaa is a graduate of GH Media School who also doubles as a model and musician.