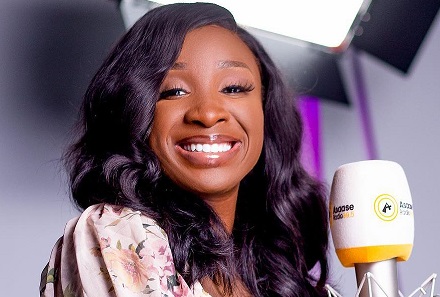 The name Naa Ashorkor is synonymous with radio and TV presenting as well as acting but she has been building a strong image as a brand expert with her April Communications company.

For almost five years, the mother of two has used her skills as a communications graduate from the Ghana Institute of Journalism to build the right communication and publicity for events, companies and brands through April Communications.

The impact she has made has accounted for Naa Ashorkor's placement in this year's ranking of Top 50 Young CEOs in Ghana, put together by Avance Media.

In a mood of gratitude, Naa Ashorkor, ranked in the 37th position, mentioned in an interview with Graphic Showbiz that she was excited as it proved people were watching her from afar.

“As a young person, starting up a business in our part of the world comes with its own challenges and limitations and you may want to give up especially when you feel the heavy burden on your shoulders. However, you realise that if you walk through the difficult moments with your head up, it is always worth the sacrifice.

“The feeling of satisfaction is even more intense when you are honoured and recognised since it only goes go show that people were watching you from afar. Hence, being ranked in the Top 50 Young CEOs in Ghana in the year under review is not only a consolation for the numerous sleepless nights but a motivation to work for the set goals," she stated.

My faith was fired up - Naa Ashorkor on Multimedia exit

The others are Sadiq Abdulai Abu, CEO of 3Music Awards, rapper Sarkodie of Sarkcess Music and Dancehall artiste Stonebwoy of Burniton Music.

The ranking of the Top 50 Young CEOs in Ghana is done through the selection of young entrepreneurs and business leaders from diverse fields pursuing the common interest of making Ghana a prosperous nation.

It's goal is similarly to inspire other young entrepreneurs with successful stories of their peers to strive to survive the challenges in their entrepreneurship journey.