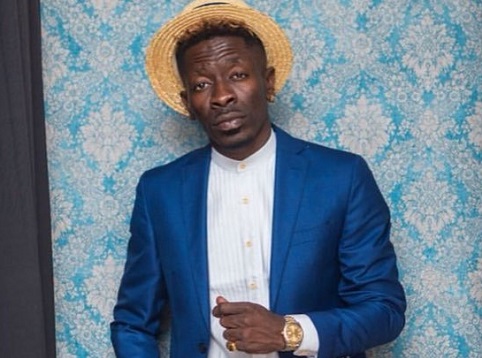 A source close to Dancehall artiste Shatta Wale has explained why the star has deleted his photos and unfollowed almost everyone on social media platform Instagram.

According to the source, Shatta Wale is undergoing a rebranding process and that includes cleaning up his social media handles.

People woke up on Monday to find out almost all his pictures on Instagram were gone and so were the people he was following.

The only pictures on his page now are one of him with Beyonce, taken from the video shoot of their song Already and one of him in his office working.

That's not all, Shatta Wale, who has 2.7 million followers on the platform, has also unfollowed almost all the accounts he used to follow leaving only Beyonce and Jamaican star Vybz Cartel. None of his celebrity pals in the Ghanaian entertainment scene made the cut in the massive pruning exercise.

This is how Shatta Wale's Instagram page currently looks

The source told Graphic Showbiz that the move was necessary.

"There are a number of projects in the pipeline Shatta Wale will be embarking on and there is the need to refocus his brand.

"Some work has also been done on his Facebook page although it is not as obvious as this because of how that platform is structured.

"In the coming days, people are going to see a more serious and business-minded Shatta Wale because of the direction in which he is going," the source said.

On Twitter, Shatta Wale currently follows 641 accounts and it is unclear whether that list will also be cut down.