Who hosts music awards this time? 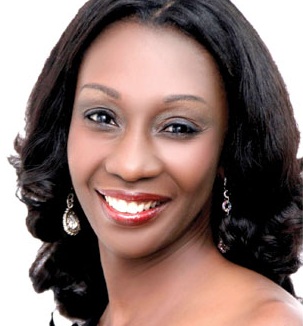 His bald head would more often than not shine in confirmation to the presence of the 800 watts lights from the railings above.

He would walk majestically with a commendable aura of confidence in his nicely cut African print worn over a pair of African crafted sandals.Among his first few words you are sure to hear, “…if you know the one seated by you should not be there or the message you left at home didn’t say you were coming here, then reconsider cuz we are live on GTV”. That was the chairman general, Kwami Sefa Kayi. Host of the Ghana Music ’s from 1999 – 2007.

In 2008, organizers of Ghana’s biggest and by far the most prestigious entertainment event, yielding to the yelps of entertainment writers, patrons and other pundits to give others a chance, moved on. It was a shock to many; the same people that more or less advocated for a fresh face. Mobo Award Winner Samini and Radio diva Doreen Andoh stepped up to the big stage to the surprise of many and raised a lot of eye brows, though their performance was quite commendable.

In 2009, it was an all-musical affair as current MUSIGA President, Bice Osei Kufuor, aka Obour,  was chosen together with fellow musicians, Samini and UK Entertainment personality  Dentaa to host the show. It was the first edition held at the dome and though they had a remarkable act ending with a performance of Samini’s ‘where my baby dey…?” GH critics did not fail to outline all their negatives.

Then came 2010. The year of the finest. Kwesi Kyei Darkwa, KKD was engaged to host the event. Arriving at the dome in a convertible jaguar flanked by two adorable models and rapping to his song specially produced for the event, KKD to put it bluntly delivered to the satisfaction of many. But again, the critics with the pens and microphones did not fail to drub his blunders.

But for the clichéd and banal jokes of talented actor, MC and TV host, Chris Attoh, the 2011 combination of the gentleman and queen of the airwaves, Doreen Andoh could have been impeccable. Regardless of how great they did, some Ghanaians appeared to have missed Kwami Sefa Kayi and the calls became apparent. Could it be his humour? Maybe.

In 2011 therefore, Charterhouse, perhaps seeking an originally humorous character on the set brought back Chris Attoh and introduced Ghana’s funniest comedian of the time, Benson Ohene Boateng, aka, Funny Face. The duo, many have said did a great job with a few pundits of course not failing to indicate their falls.

So who hosts the event next? Come Saturday  May 18 when patrons arrive at the Accra International all dolled up and ready for that exclusive fivce-star event, who will man the mic?

Few names from the grapevine allude to one or maybe two of the following: Actor Majid Mitchel, Queen of the airwaves, Doreen Andoh, Musician and Big brother housemate, Mildred Ashong, aka Eazzy, Musician, Becca from EKB productions, actresses Naa Ashorkor, Jocelyn Dumas and Yvonne Okoro, Funny Face and finally, ace radio and television host, KOD who has been on the VGMA red carpet for years.

Who will host the 14th Vodafone Ghana Music Awards? Saturday will tell.