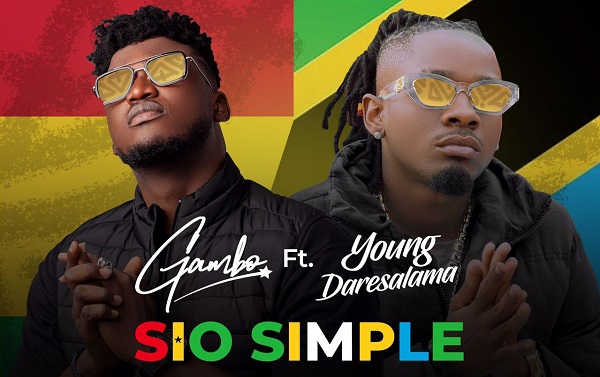 The potential hit song titled: 'Sio Simple' was recorded in Tanzania, and marks the beginning of Gambo's ambitious agenda to position himself as a continental superstar.

'Sio Simple' has been made available for streaming on major platforms including YouTube.

Gambo recently embarked on his maiden tour of East Africa.

The Vodafone Ghana Music Awards (VGMA) Unsung Act of The Year 2022 arrived in Tanzania on July 11, 2022. His tour of Tanzania ended on July 25, and he and his host, Young Daresalama, kept themselves busy in the studio, recording the 'Sio Simple' song which is highly likely to take over the airwaves in Ghana and Tanzania.

As part of the itinerary for his visit to Tanzania, Gambo, the 'Kwacha' and 'Drip' hitmaker toured a number of media outlets.

His historic tour of East Africa was facilitated by his record label, BlackMob.

The 'Boys Aye Wild' and 'Settle' rapper used the tour to market himself to East African music lovers as well as promote the music industry of Ghana.

The wedding anthem, 'Settle' has so far garnered over 655,000 views on YouTube alone and faring very well on other major streaming platforms.