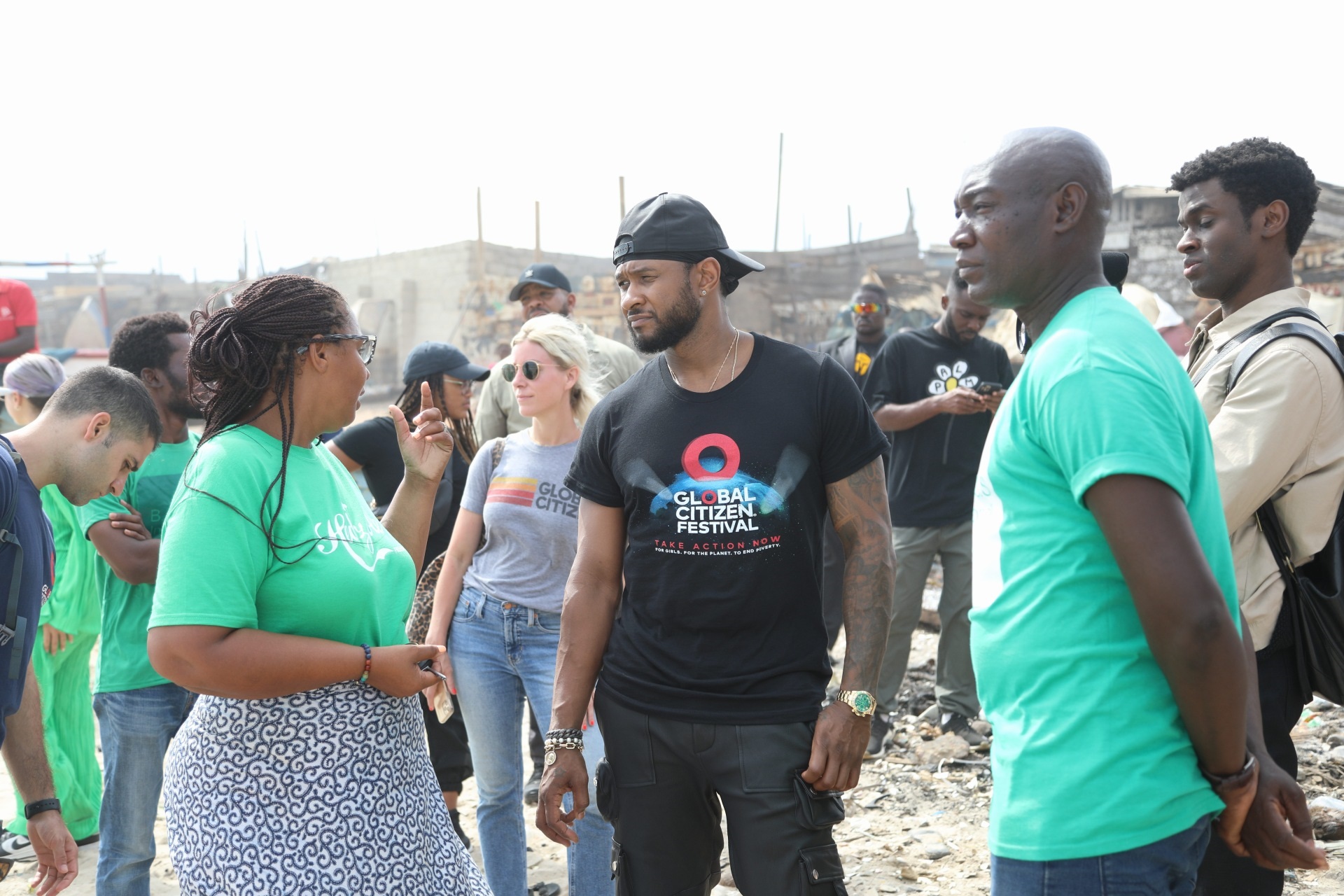 The festival was on Saturday, September 24, at the Black Star Square, in Accra.

Scores gathered in front of the Cape Coast Castle as others climbed up buildings to catch a glimpse of the music legend who has won a total of 333 awards and  618 nomination’s visit to Ghana for the first time.

Amazed by the turn of events, the multiple award winner took turns to chat and had photo opportunities with fans.

Before his historic visit to Cape Coast, the talented singer visited some schools and toured the Chorkor community in Accra, the national capital, alongside SZA , an English rapper,  interacted with students and Chorkor residents in Accra as the people cheered on.

He was ushered into the Castle through the &#8220;door of no return&#8221; which was the last door slaves went through to cross the Atlantic Ocean.


The Castle was used to hold enslaved Africans before they were loaded into ships and sold in the Americas and the Caribbean.

Also, former US First Lady Melania Trump visited on her trip to Africa, Gillian White, Actress, and wife of actor, Jai White, a Hollywood celebrity, and children among others.

A source at the Castle said: "Like Steve Harvey and host of others in the Diaspora shed tears upon visiting the Cape Coast castle, the RnB artist was heavy-hearted after being taken on a tour in the  dungeons of the Castle and was briefed of the brutal act of the trans-Atlantic slave trade and how the activity was carried out. "

The Global Citizen’s Festival has grown to be one of the world’s largest movements of action-takers and impact-makers who are calling for urgent change to protect and uplift the World’s most vulnerable.