This is for Ghana - Eno Barony on AFRIMMA win 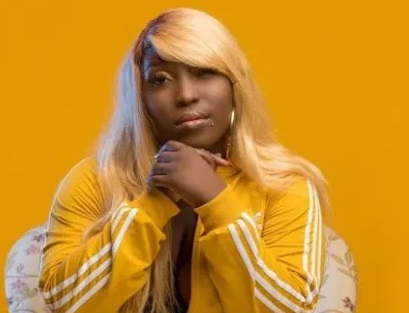 Rapper Eno Barony has dedicated her Best Female Rap Act at this year's edition of the African Muzik Magazine Awards (AFRIMMA) to Ghana.

Eno Barony was the sole Ghanaian winner at the event, which was held virtually on Sunday, November 15 and she beat strong competition from nine other female rappers across the continent.

In a post on Instagram about the award, Eno Barony said dreams do come true and thanked everyone who believed in her adding that the win was for Ghana.


Congratulations have poured in for Eno from her musician colleagues and other celebrities in the entertainment industry with many saying the award is long overdue.

Though she has been grinding for years on the rap circuit, 2020 has been the year that Eno has really gained the recognition that she deserves.

That is all thanks to the three-way 'beef' involving her, Sista Afia and Freda Rhymz earlier in the year. Somehow rapper Medikal, also found a way into the 'beef' making for some interesting times.

The 'beef,' which was thoroughly enjoyed by Ghanaians, brought attention to all three ladies especially Eno whose punchlines on tracks such as Rap Goddess, Force Dem To Play Nonsense featuring Sister Deborah and Argument Done won her a lot of fans.

She established her reputation even more with a fiery performance at the Vodafone Ghana Music Awards (VGMA) in August this year and followed that up with a track titled Game of Thrones when she missed out on the Best Rapper award at the event.

This year's edition of AFRIMMA was themed "Destination Africa."