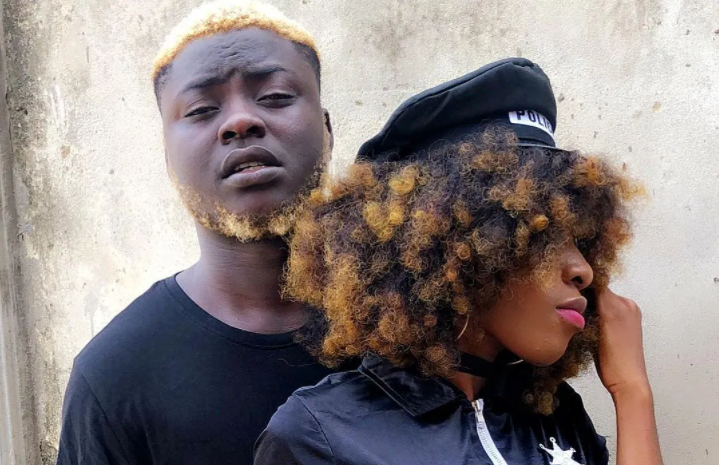 The sacred forest, home to Osun, the Yoruba goddess of fertility, is a UN-designated World Heritage Site.

Police said Tblak was arrested for allegedly recording a "sex movie" in the forest.

Neither he nor his lawyer have commented.

He has a huge following on social media where he shares snippets of his home-made pornographic clips to his followers.

It is not clear when the recording was done or how he entered the forest, which can be easily accessed from many routes.

Police spokesman Opalola Yemisi told BBC Yoruba that the movie producer will appear in court following an investigation as his conduct "could have breached public peace".

A follower of the deity, Yemi Elebuibon, said Mr Jolaosho had desecrated the grove, which was a sacred land where worshippers from Nigeria and elsewhere offer prayers and sacrifices to the Osun goddess.

"The traditional worshippers in charge of the grove will decide on what punishment to mete out to him, after the police concludes its investigation," Mr Elebuibon told the BBC's Busayo James-Olufade.

Declared it a World Heritage Site in 2003, the UN's cultural organisation, Unesco, described the Osun Osogbo sacred grove, as "one of the last remnants of primary high forest in southern Nigeria" and "as the abode of the goddess of fertility Osun, one of the pantheon of Yoruba gods".

The Osun goddess, according to Yoruba mythology, was one of the many wives of Sango, a powerful deity in Yoruba folklore.

Famous all over the world

Every year, thousands of people attend the Osun Osogbo festival, a traditional celebration that is thought to be 600 years old.

The two-week festival is considered to be the biggest annual traditional religious event of the Yoruba people and attracts thousands of worshippers and spectators from both Nigeria and the rest of the world.

Devotees believe that the sacred grove forest is one of the last remaining places that the spirits, or "Orishas" reveal themselves to bless them.

The festival is marked with daily performances of people dancing, singing, playing the drums and showing off elaborate costumes to appease the goddess Osun.

Just kill us, shoot us! – Alleged secessionists roar in court

COVID19: No patient on admission at isolation centres – Prez Akufo-Addo