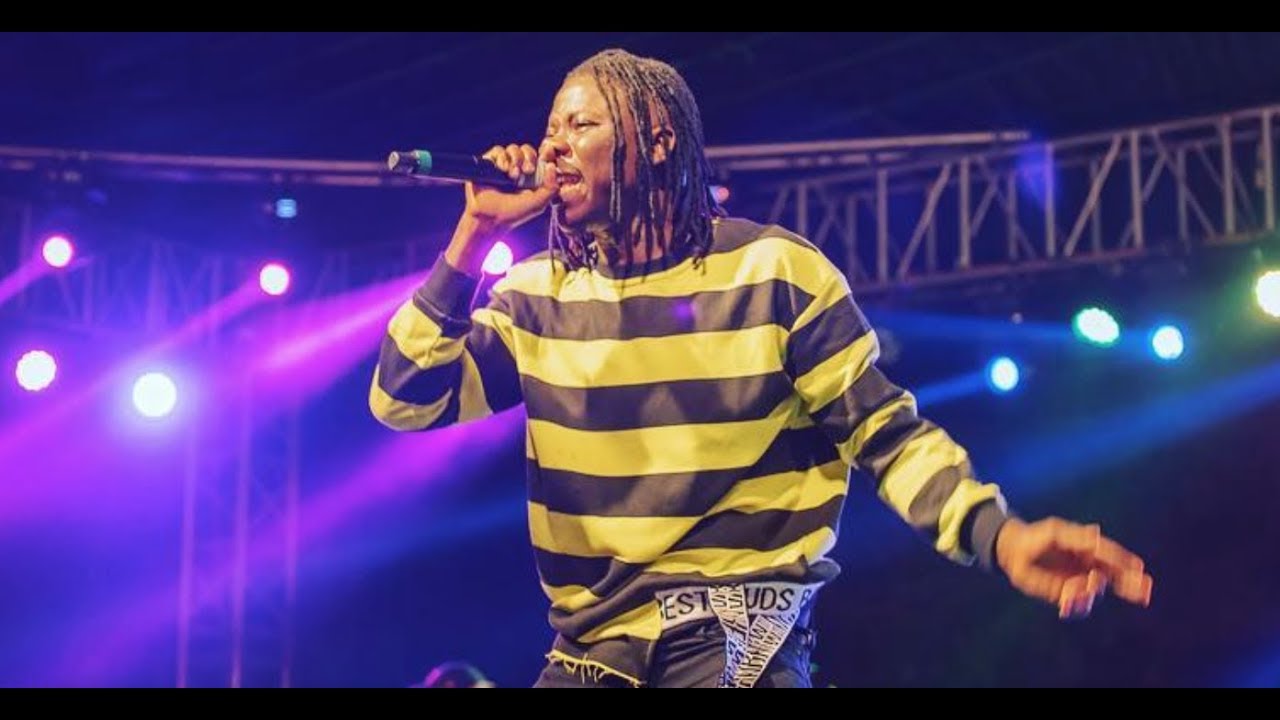 Ghanaian music star Stonebwoy will set the Al Bidda Park in the heart of Doha alight tomorrow evening, with the carnival atmosphere at the FIFA Fan Festival moving into fourth gear as the FIFA World Cup reaches the homestretch this week with a line-up of mega music shows for fans in Qatar.

A fiesta of football and music like no other, the FIFA Fan Festival in Doha has brought together global and local artistes, including Ghanaian Dancehall and Reggae showstopper Stonebwoy, born Livingstone Satekla, performing live before tens of thousands of fans in true celebration and vibrant festival of culture since the competition began last month.

Stonebwoy, the multiple award-winning artiste, will take to the stage at the Al Bidda Park to thrill the crowd with his hit songs and high-octane performances.

He is the first Ghanaian music artiste to perform at the FIFA Fan Festival in Doha, but his show comes off more than a week after Ghana’s Black Stars exited the tournament at the group stage following which most Ghanaian fans who came to Qatar for football’s biggest competition returned home.

Also performing here at the World Cup is Ghana’s international dance artiste, Dancegod Lloyd. He has been thrilling the crowd and courting new fans with his Afrodance act at different venues and the Corniche area in the heart of Doha, which has become the melting pot for well curated carnival atmosphere for fans outside the stadiums.

Dancegod Lloyd, real name Laud Annoo Konadu, has also performed at the Al Bayt Stadium and the Al Janoub Stadium where Ghana played against Portugal in the Group H clash.

He told Graphic Showbiz he had teamed up with a Qatari dance crew, Vault Studios, and had also performed with a band called Brass Sounds, performing on eight different occasions so far.

“It feels great to be picked to perform at the World Cup,” said the 30-year-old celebrated dancer, dance coach and choreographer about his blossoming career which has seen him perform on stage with international stars such as American pop star Usher Raymond and also appeared in music videos of global artistes, including Beyoncé.

While football stars such as Lionel Messi, Luca Modric, Kylian Mbappe, Mohammed Kudus, among others, have been the centre of attention and headline grabbers at the 2022 FIFA World Cup, global music stars have also been an essential part of the tournament providing entertainment for visitors from around the world on non-match days at the FIFA Fan Festival. It is the go-to destination and experiential festival designed to offer Hayya Card-holding fans more ways to enjoy football, music, food, games and culture beyond stadiums.

Already, Nigerian music stars, Kizz Daniel of Buga fame and Patoranking, have had their turns at the Al Bidda Park performing on November 23 and November 28 respectively to large, exciting crowds.

For the hundreds of thousands of international visitors and locals, the coming days promise to be very exciting with a line-up of top artistes named to perform.

For many avid supporters to casual football enthusiasts without match tickets, the Al Bidda Park provides a stadium-like atmosphere as all the World Cup matches are screened on giant screens with views of Doha’s futuristic skyline in the background.