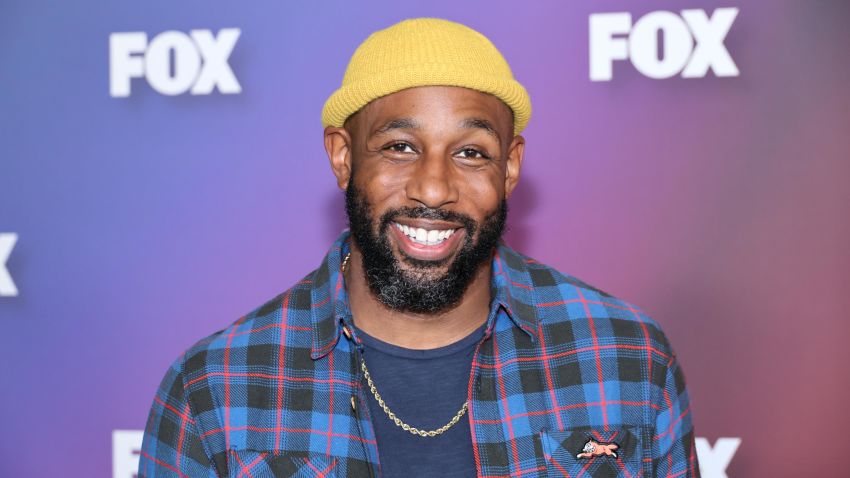 Stephen “tWitch” Boss, the amiable DJ for “Ellen DeGeneres Show” and dancer who rose to fame on “So You Think You Can Dance,” has died, his wife, fellow dancer Allison Holker Boss, confirmed in a statement to CNN.

“It is with the heaviest of hearts that I have to share my husband Stephen has left us,” Holker Boss said in a statement. “Stephen lit up every room he stepped into. He valued family, friends and community above all else and leading with love and light was everything to him. He was the backbone of our family, the best husband and father, and an inspiration to his fans.”

“To say he left a legacy would be an understatement, and his positive impact will continue to be felt,” she added. “I am certain there won’t be a day that goes by that we won’t honor his memory. We ask for privacy during this difficult time for myself and especially for our three children.”

Sol Amarfio, a founding member of the Osibisa band has died

No further information was provided regarding the cause of his death.

CNN has reached out to the LAPD and the LA County Coroner for comment.

Holker Boss concluded her statement by saying “Stephen, we love you, we miss you, and I will always save the last dance for you.”

The couple celebrated their ninth wedding anniversary just days ago.

He was mourned on social media Wednesday by many who shared videos of him dancing and their memories.

“A kind soul and a sweet person.. that is how I will remember Twitch… This was his 40th birthday party .. my heart goes out to his family especially Allison and their beautiful kids.. this is devastating… I love you brother and will miss you dearly,” daytime TV host and comedian Loni Love tweeted.

Born in Montgomery, Alabama, Boss earned his nickname as a child when he couldn’t sit still.

He graduated from Lee High School in Montgomery in 2000 and went on to study Dance Performance at Southern Union State Community College and Chapman University.

Six years ago he spoke with author and former football player Lewis Howes for the latter’s podcast and talked about his background, including being raised by a single mother and how his relationship with his absentee father helped shape him.

“I have always been that type ‘Don’t tell me what I won’t do,’” Boss said. “I remember talking to [his father] outside of his work in the parking lot and telling him ‘Hey, I’m joining the dance team. I’m going to need some shows and some money to get supplies’ and he went on this tangent…I was like ‘Oh, that means I’m really supposed to do this then.’”

In 2003, Boss was a semifinalist on MTV’s “The Wade Robson Project” and was also a runner-up on the television talent competition, “Star Search.”

Becoming a runner up on “So You Think You Can Dance” in 2008 marked the beginning of his rise to fame and he would later return to serve as a judge for the dance competition.

Ellen DeGeneres brought him on as the DJ of her popular daytime talk show in 2014, a job he held until the show went off the air this year. Boss was also a coexecutive producer of the show.

He stayed in touch with fans via his popular social media accounts, often sharing videos of him dancing with his wife.

The pair were all-star dancers on Season 7 of “So You Think You Can Dance” in 2010 and connected romantically.

“We shared a dance at the wrap party of that season of ‘So You Think You Can Dance’ and we have been together ever since,” Boss told People in February.

“There was no dialogue, there was no conversation or a first hangout. Literally, we danced and we were together holding hands the very next day,” Holker Boss added. “And we never looked back.”

The pair are the parents of three children. Boss’ final Instagram post on Monday showed him and Holker Boss dancing in front of a Christmas tree.