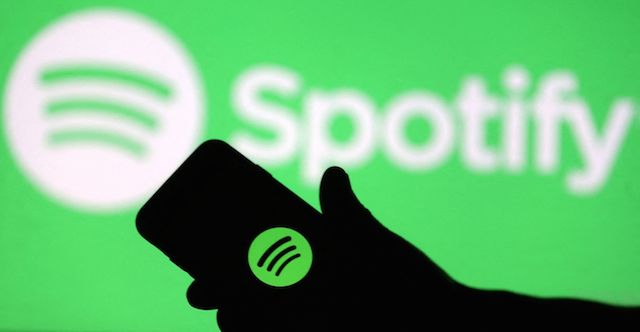 SPOTIFY has bought the musical guessing game Heardle - but some fans are not happy about the takeover.

The streaming giant has not disclosed what it paid, but its inspiration, a five-letter guessing game called Wordle, was sold to the New York Times for a seven-figure sum earlier this year.
Heardle challenges players to identify a song based on its opening note.

Users have just six guesses to get the correct answer with each hint giving a few more seconds of the track to help them figure it out.

Spotify marks one year in Ghana

While the look and experience of the game are not set to change, users will now have to option to listen to the full song on Spotify once they have used up their guesses.

However, some fans have expressed their outrage at the takeover, with many now unable to access the daily challenge.

This is because it is now only available in the UK, US, Ireland, Canada, Australia and New Zealand.

"Thank you so much I can't play in Spain... I hope you fix it soon. I was lucky to do today's one before but this is so lame," one user wrote on Twitter. 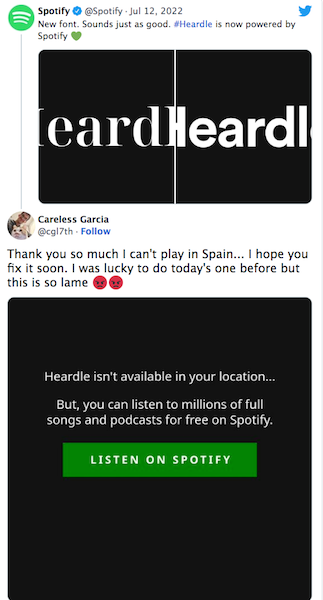 "Why do big corporations ruin everything," said another.

People also took to social media to complain that their scores have not been transferred over, meaning they have lost all of their gaming statistics.

"Very bummed that my stats are gone. A heads up would have been nice. Also, the player doesn't work as well," one person said.

"Haven't been able to get it to load all day and my record has been erased. Way to go, you guys are the best," another tweet read.

Spotify suggested that people head over to the Heardle app to transfer their stats but said it was aware that users were having issues.

"We know that stats aren't carrying over for everyone. We are actively working on the issue so that you can keep your winning streak alive," it said. 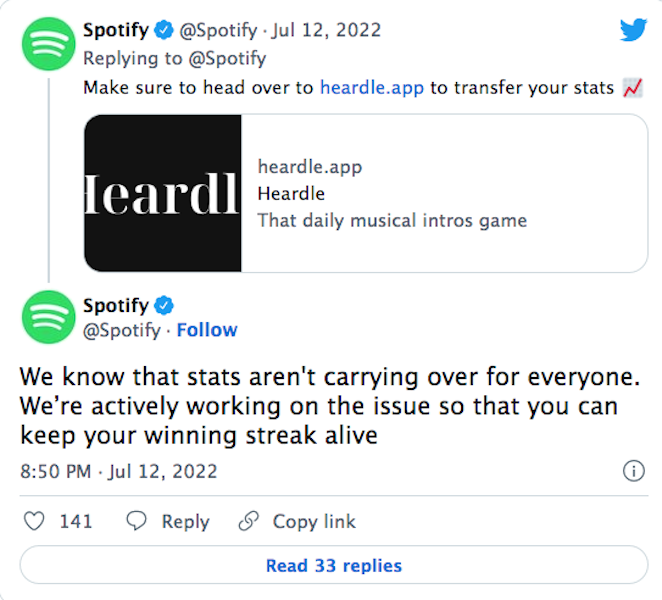 Announcing its acquisition, the company promised that the "look and feel of the game will stay the same and it'll remain free to play for everyone".

Spotify and the future of African streaming

It is also hoping to integrate Heardle more fully into its platform in the future to allow "music lovers to connect more deeply with artists and challenge friends".

"Since its debut, the game has quickly built a loyal following, and it aligns with our plans to deepen interactivity across the Spotify ecosystem."