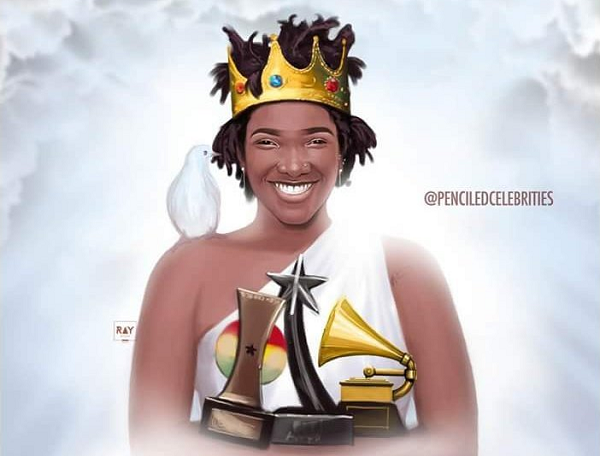 Tributes are pouring in following the demise of the sensational songstress Priscilla Opoku-Agyeman known in showbiz circles as Ebony.

The "Maame hwƐ" hitmaker passed away last Thursday on her way to Accra to catch a Hungary-bound flight for a planned show.

Ebony burst onto the music scene three years ago with the hit song Dancefloor and has not looked back since, dominating the airwaves with one banger after banger.

The 21-year-old was discovered by renowned entrepreneur Bullet of Ruff n Smooth fame when she put in a recording of her voice and was signed to his Rufftown record label just a day after listening to the recording.

Ebony came out with her first song thereafter, "Dancefloor", in December 2015 with a video and audio release.

The song became an instant hit on radio, landing her a nomination for the unsung artiste of the year category at the 2016 Ghana Music Awards.

In March 2016, Ebony released her major hit single "Kupe", which is a household anthem in Ghana and some other African countries.

Ebony is signed to Rufftown records and Midas touch Inc.

Some celebrities including Joe Mettle, Sarkodie, Becca and Pappy Kojo have expressed their shock over her tragic death.

Read the reactions below: 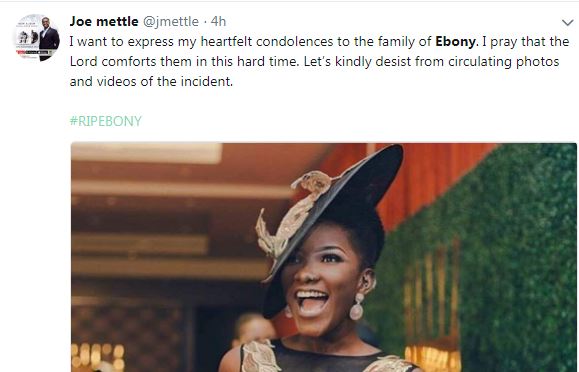 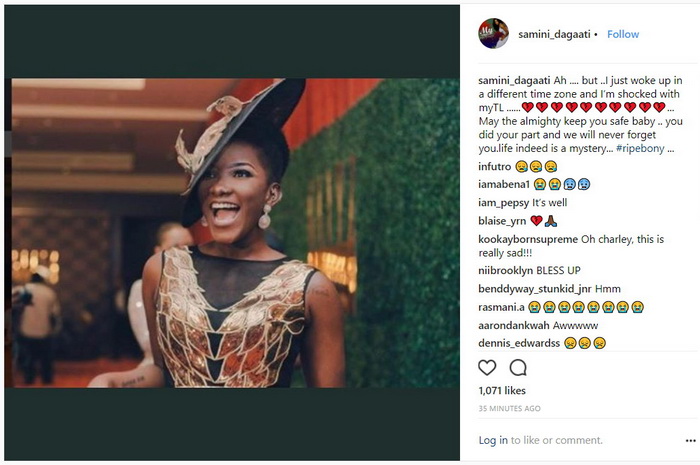 Ashanti Regional Spotlight to be launched in Kumasi on October 29