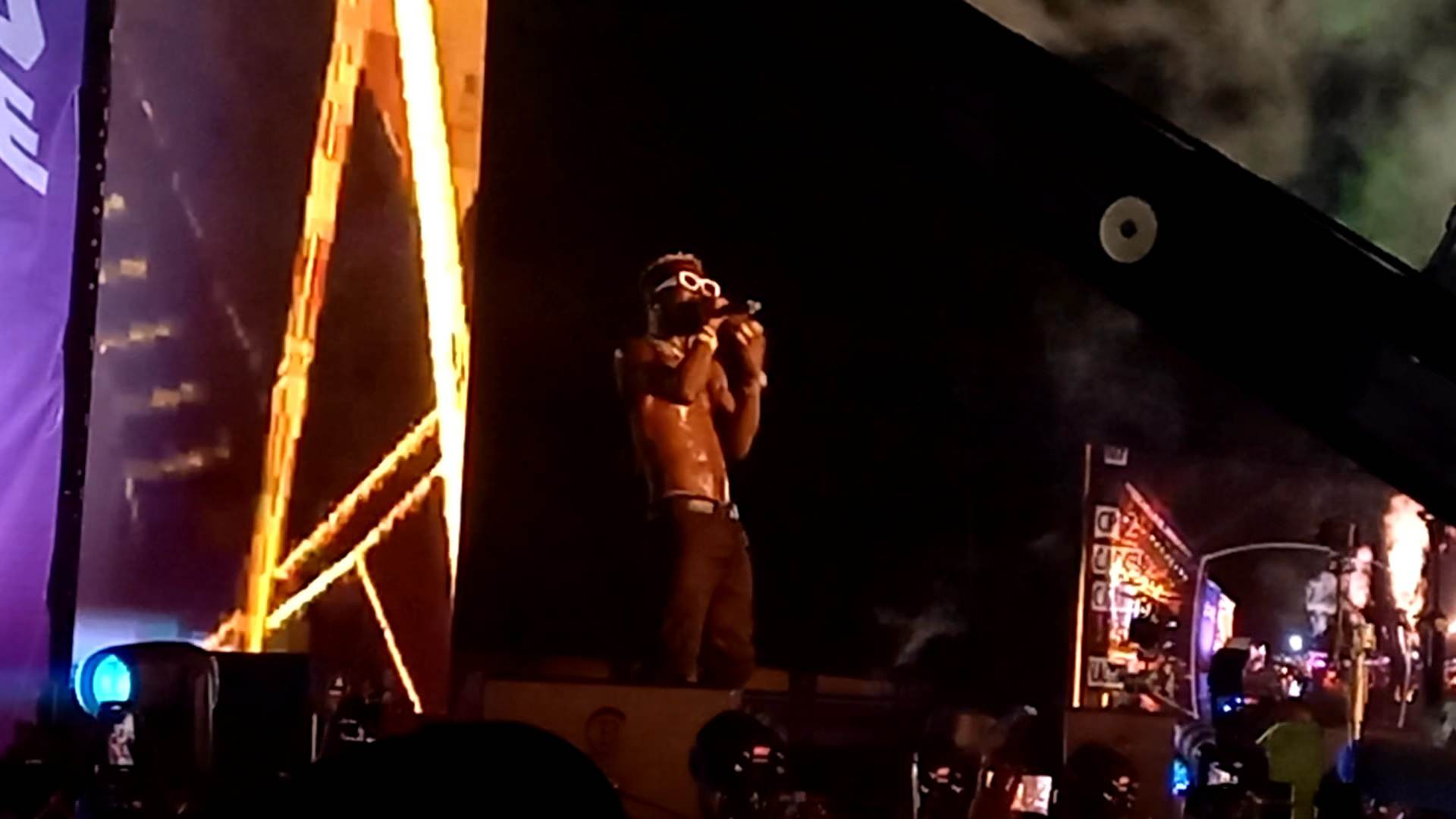 Many revelers who thronged the Elwak Sports Stadium last night for day 1 of this year’s Afrochella festival had obviously anticipated a good time with Afrobeats star, Burna Boy who was publicised as part of the performers.

Interestingly, few hours into the show, what started as rumours was confirmed when it was announced that Burna Boy will not perform, contrary to earlier advertisements.

Even though Shatta Wale was scheduled to perform on day two of the festival, the "My level” artiste hinted that he would rather be taking stage on day one, for an as-yet-undisclosed reason.

Armed with such knowledge, one would have rightly assumed that the crowd will be disappointed but the story was rather different, thanks to Dancehall artiste Shatta Wale who made up for the “vacuum”.

It’s barely few days after he successfully headlined his own show with rapper Medikal at the Accra Sports stadium and Shatta Wale is expected to lose some good energy but it was a case of the wine rather getting better with age.

It was just another riveting performance from the Kakai hit-maker and the cheerful responses from the crowd perfectly captured their moods and despite a “last minute” arrangement to bring him on board, Shatta Wale still lived up to the billing.

He certainly utilised his energy to captivate his audience, giving a spectacular performance that lighted up the arena and had the audience shout, sing along, and go crazy for him.

It was quite obvious that Burna Boy's absence was not felt as patrons had a good feel of some of the big names in the Ghanaian music industry on stage and equally shined with exciting presentations.

Nigerian singers Ayra Starr and Fireboy Dml, as well as Kofi Kinaata, Gyakie, and the disc jockeying performances that served as the event's curtain-raiser were absolutely the ish to turn the place up loud for the audience.

To cap off the first day, the president of Bhim nation, Stonebwoy made a memorable entrance with a brass band that served as the prelude to him entertaining patrons with a live band performance during his session.

Tonight marks Day 2 of the festival and the likes of Fallyipupr, Asake, Mzbel, Kwaw Kesse, Tic Tac, and Tinny are anticipated to give  a rousing ‘send-off party” for party goers at this year’s Afrochella festival