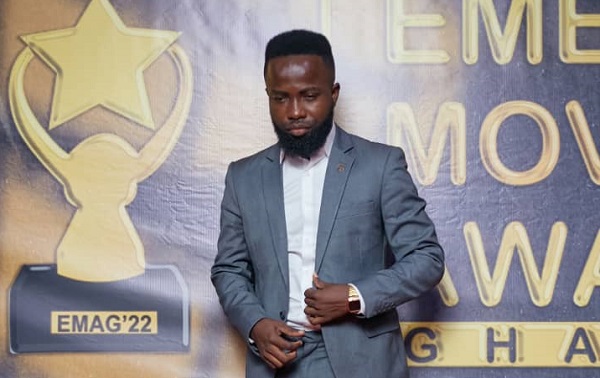 The third edition of the annual Emerging Movie Awards Ghana came off at the Silverbird Cinemas inside the Accra Mall last Saturday with some popular faces in the Ghanaian movie industry in attendance.

Among the celebrants of the evening was Samuel Whyte Agyapong, who received the award for the 'Best Production Coordinator of the Year'.

For him, it was a joyous moment which he described as the benefit of his hard work.

Also, the Founder of the event Raymond Kombat, stated that the event was meant to celebrate and encourage stakeholders of the film industry in Ghana who hadn't yet reached the peak of their careers but had shown potential.

Samuel Whyte Agyapong described his win as deserving, though according to him, the experience was humbling.

"Arguably, I am the best Production Coordinator in Ghana, and my category had me alone in there so, it was obvious I was going to win. I submitted 'Trinity' and 'Valentine's Day', and these two movies I did a lot and really worked so hard to bring the best. I deserve this and I think I have done my part and worked my way through this. This happens to be my third award this year and I'm grateful to the organizers for this honor", he said.