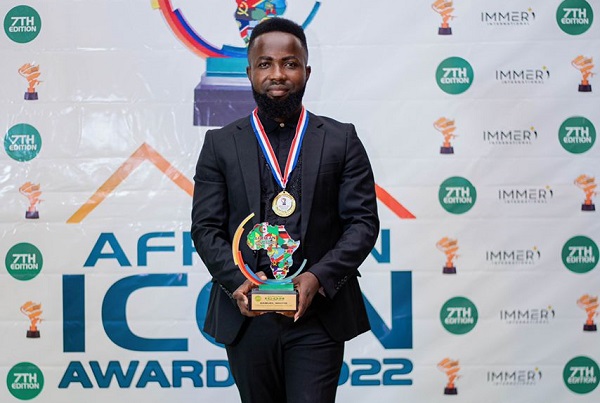 Ghanaian Filmmaker Samuel Whyte Agyapong has set his sights on the Academy Awards (better known as the Oscars) after he won the award for 'Production Coordinator of the Year' at the seventh edition of the African Icons Awards at the National Theatre in Accra, on Sunday.

Mr Whyte said his victory was an inspiration to make greater achievements and attain for global recognition.

"It’s a privilege to be honoured this way for my hard work. This is to motivate me and also push me to improve on my skills, and very soon with determination and consistency, I can aim for the Oscars", he said.

He added that the award came as a motivation to him and described it as a relevant step in pushing the film industry in Ghana forward because usually, very few awards recognized the hard work of people 'behind the camera'.

He was awarded for his works in the movies 'Trinity' by 'One Time Entertainment' and 'Valentine's Day' directed by Kobi Rana.

Though grateful, Mr Whyte said he wasn't so surprised at the selection of those movies. "There’s a lot of work that went into these two productions...", he said.