Roverman thrills with 'Take Me To The Moon' 'Take Me To The Moon' is interspersed with music and dance
30.5k Shares

Uncle Ebo Whyte and his Roverman Productions not only give patrons a lot to think about with their plays, they thrill them with a beautiful blend of music and comedy and that is exactly what they did with their latest Take Me To The Moon last weekend.

The play teaches lessons about patriotism and working hard for Mother Ghana. It also teaches us how we can go all out for our dreams while fighting for love.

Mr President has a dream that Ghana should be the first African country to go to space by 2030. He meets with Mr Kobby Tettey who is a deputy at NASA and his wife Prof. Akuye Tettey and ask them to take up the project.

Mr Tettey is excited about the idea but his talkative wife opposes it although he eventually convinces her and they take it up.

The minority leader in Parliament, Hon. Eileen happens to be the ex-wife of the President who accused him of having an affair with the women's organiser of his party and divorced him 10 years ago. 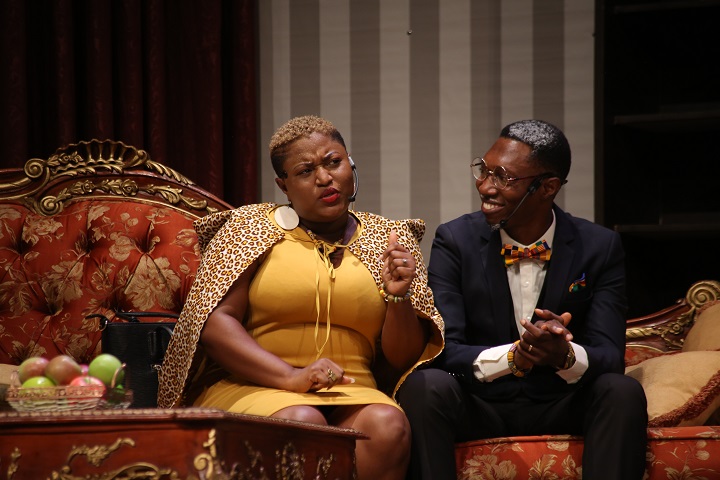 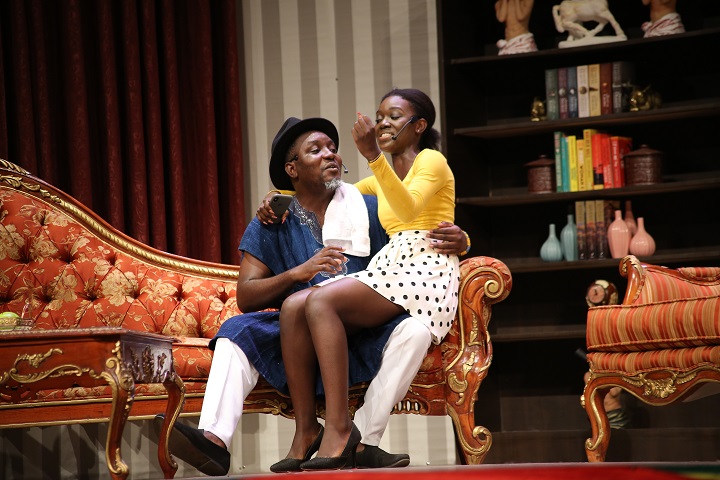 Mr President does everything possible to win his wife back but she refuses and eventually resigns as minority leader but comes on board the space project as Mr Tettey's lawyer.

The chairman of the party comes to the Office of the President and opposes the space idea to the Chief of Staff but when the President comes in, he pretends to be all for it.

Eventually the bill is passed in Parliament but eight months into that Mr Tettey is furious because nothing has been put in place to facilitate his work and he threatens to take up offers from other countries.

As is characteristic of Roverman Productions, the play is interspersed with music making it a delight to watch.

Acting is on point and so are costume and props. Kudos to Uncle Ebo Whyte and his team for pulling this one too off successfully.