Ghanaian comedians have an important message for people who may have plans of physically assaulting them for a perceived costly joke.

Their message is simple “Our Lives Matter” and has been necessitated by calls from critics that Ghanaian comedians should also face the same fate as American comedian/actor Chris Rock who was slapped by actor Will Smith for making a bad joke about his wife Jada Pinkett Smith at the recently held Oscars, should they go on such a path in future.

The incident has generated lots of buzz globally and Ghanaians, who have not been left out of the discussions, have opined that our comedians be treated the same way for making costly jokes.

But in separate interviews with Graphic Showbiz, the comedians pointed out that it was bad judgement for any lover of the creative arts to advocate for the physical assault of comedians when a joke goes down the wrong way. 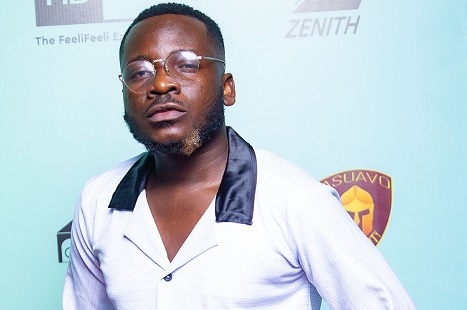 First up is Lekzy Decomic who said, “Are they saying our lives don’t matter? I don’t think any comedian will go on stage with the deliberate intention of maligning anyone.

"I have been keenly following the Will Smith/Chris Rock issue and I’m very surprised that people think that comedians should be assaulted for what they think is a costly joke. What happened at the Oscars was a threat to the comedy industry and sets a bad precedent.

“I must admit that there are days comedians may cross the line and the jokes may not sit well but to resort to violence is not something that anybody should be encouraged to subscribe to.

“There’s always a victim in a joke and there’s no way a joke will land without any subject matter or person being ridiculed but physical assault is not the way to go if you feel offended.

Read also: Proud moments for me - Fritz Baffour on growth of comedy industry

“That’s never cool since we pick our jokes from daily happenings to make people laugh. So sometimes, we might touch on some things that are quite sensitive to the victims in the matter.”

Comedian OB Amponsah also pointed out that resorting to violence to register one’s displeasure at a comedian’s joke was dangerous for the survival of craft.

“Many people look up to Will Smith and mould their lives after him so I’m not surprised at the recent negative agitations against comedians on Ghana’s social media space.

“However, whatever is happening is dangerous and a threat to the lives of comedians if anyone thinks it is right to attack a comedian on stage when his/her joke doesn’t sit right with you,” he said.

OB Amponsah has a genuine concern, particularly as he was verbally assaulted by members of the opposition NDC for making a bad joke about former President John Mahama sometime ago.

Read also:  My successes are for the comedy industry —Clemento Suarez

The comedian confessed on the Delay Show earlier this month that he suffered emotional trauma for the verbal assault and threats on his life after the incident.

“Even without being physically assaulted, what I went through was really traumatising so you can imagine being physically attacked on stage. Now, I have come to realise that these are the ‘health hazards’ that come with my job so I will not allow such things to weaken my spirit. We will continue cracking jokes,” he noted.

Comedian David Aglah fully supports the position of his colleagues that violence should not be encouraged. He, however, cautioned his fellow comedians to desist from making jokes about very sensitive issues, particularly the medical conditions of people.

“It is true that a comedian should not be censored so that he or she can explore his talent but you don’t mock people on very sensitive issues. As a comedian, will you use your parent’s medical condition for a joke? Of course not! So sometimes, it is wise not to make mockery of everything by applying wisdom,” he stated.