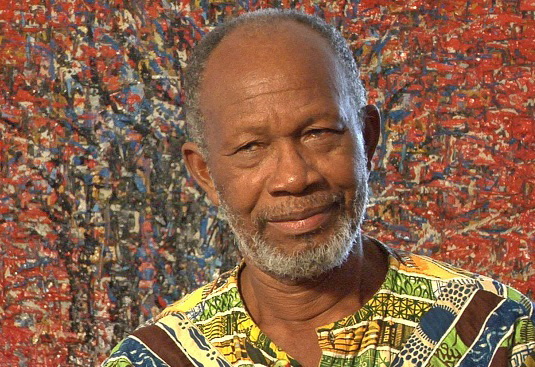 Dubbed “Orderly Disorderly”, the exhibition will honour the lifelong work of the Ghanaian modernist Prof. Ablade Glover - an internationally acclaimed painter/academic, who currently heads the Artists Alliance Gallery in Accra.

“Orderly Disorderly” will present a constellation of projects by over 80 selected artists and a body of archives of the Department which includes manuscripts of poems authored by Uche Okeke.

Supplementing the artist list is a generic participant “The Unknown Artist”, marking the ineluctable site of exception which haunts art projects operating within the finitude of capitalist processes.

The curatorial muse is the Iranian film maker Abbas Kiarostami, the author of “Orderly or Disorderly” (1981), whose films star children and amateurs in lead roles.


Organised by blaxTARLINES KUMASI, a contemporary art incubator and project space at the Department, it forms part of a modest vision of emancipatory politics and courageous social action, which has inspired blaxTARLINES in the past few years.

The exhibition series was launched by “Silence between the Lines”, an experimental exhibition of emergent art, which was held in Kumasi (2015). Some common features of this body of exhibitions are intergenerational conversations, collective curating, accessibility programming, especially, braille translations of exhibition texts and open-source coordination, and off-site ‘prosthesis’ projects.

El Anatsui, the Nigeria based Ghanaian master will open the exhibition, which ends on Friday September 1.