Not going back to my old life —Akuapem Poloo 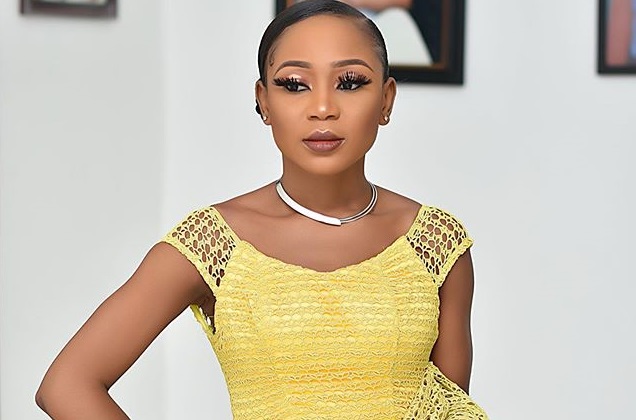 For almost a year now, controversial social media sensation, Akuapem Poloo, has kept a low profile. She is hardly seen twerking, insulting others or quarrelling like she used to and she is loving her new self.

Akuapem Poloo, who is also an actress, has said she has turned a new leaf and is bent on maintaining her current lifestyle because it is helping her more, especially now that she is a Muslim and goes by the name Haniya.

Speaking with Graphic Showbiz, Akuapem Poloo said her new life takes her out of trouble.

“For the past five years, anything I do or say become a topic in town but I have deliberately kept a low profile for a year now and it is for a purpose.

“No more twerking or revealing body parts. That was in the past, the new me is doing that no more. I have been able to stay out of trouble and it is helping me in so many ways

“Previously, people contacted me and paid me to promote their products or songs for them and I did so by twerking to advertise whatever it was but I have vowed never to do that again,” she added.

Asked if she is still getting jobs although she has stopped twerking and revealing body parts, the social media personality said a few people still contacted her to do stuff for them.

“The gigs are not coming like before, maybe it was because I was loud back then and the clients were okay with me being that way but I now tell anyone who wants to do business with me that I am not going back to my old life,” she said.

Last year, Akuapem Poloo, real name Rosemond Brown, was slapped with a 90-day jail term for the publication of obscene materials after she displayed her naked picture with her seven-year-old son on social media.

Talking about prison and how that changed her life, the mother of one said it was not a place she would even wish for her enemy, adding that it had made her sober and very careful about what she did on social media.

“Now, I have realised that not only killing someone or stealing can land you in prison but other things can also get you there. So I am very careful,” she said.

Talking about her love life, Akuapem Poloo said she was engaged to one fine man and they would announce their wedding date soon.

“We are preparing to get married soon. I don’t want to rush into marriage because it is a very long journey. You need to be prepared physically and emotionally. And I know my marriage will last forever,” she revealed.