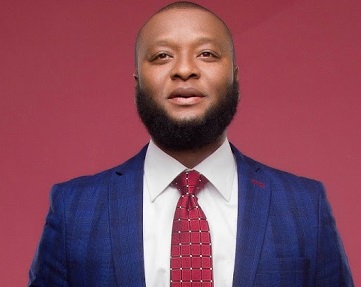 When TV3 announced that Season 4 of its popular show Date Rush was premiering on Sunday, December 3, a lot of fans were happy and shared their excitement on social media.

For some, the excitement also extended to host Nii Kpakpo Thompson, whose funny antics on the show had increased its popularity and people were looking forward to what he would be bringing to the table this time around.

However, when the show aired, it was a different driver in the seat and not Nii Kpakpo. 3FM Drive host, Giovani Caleb was unveiled as the new host.

This move by TV3 got people talking on social media with some asking why the change and where Nii Kpakpo was.

Well in order to stop all the speculation, Nii posted on his social media pages on Monday, December 4, explaining why he is not on the show.

In a tweet, he said his absence from Date Rush is the result of the decision by producers.

He also urged his followers to watch out for him as he prepares to pop up on another platform.

He wrote: “I have received loads of questions from every corner about me not being on #daterush. Unfortunately, this season, the producers decided to go with another host. I’ll see you guys on another platform. I love you all.”

I have received loads of questions from every corner about me not being on #daterush. Unfortunately, this season, the producers decided to go with another host. I’ll see you guys on another platform. I love you all. 😘


TV3 has assured that Season 4 of Date Rush will be more exciting with more add-ons from the last season. Special mention is made of candlelight dinners, romantic getaways and other exciting inclusions.

General Manager of Media General Television Francis Doku, said, “Season Four of Date Rush is certainly going to be bigger and better. We have done a lot of brainstorming with the production team from Adesa Production Limited and we have no doubt the new season will be spectacular."

Date Rush has become that one show lovers of exciting television content cannot afford to miss for anything with record-breaking online streaming figures and online presence for Season 3 of the show.