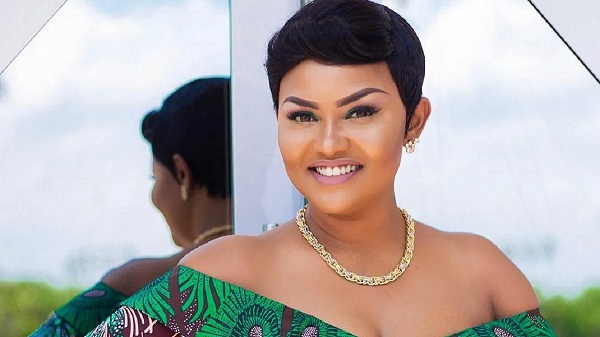 In an interview on Accra-based radio station, Citi FM on Tuesday, November 26 2019, Nana Aba said she has decided to give her daughter a great foundation and all the education she could not have while growing up.

“Already she has about two endorsements deals. I have told them that they have to wait till she is one-year-old,” she said.

The actress and television show host also revealed the actual date she gave birth, explaining that she gave birth about a month before she announced it to the public.

She also said that even though her husband wanted her to release the photos after three months, he finally agreed for her to put them out.

Nana Ama added that she was not going to show her daughter’s face until she is a year old.

“I want her to be a year before I show her face. I can’t hide her forever. At least she’ll go to school,” she added.

Adding, she recounted the ordeal she went through before conceiving.

She said there were people who even doubted that she had given birth.

Rawlings, Agbotui family grateful to all