Mzbel: Asibolanga song is not for Afia Schwarzenneger 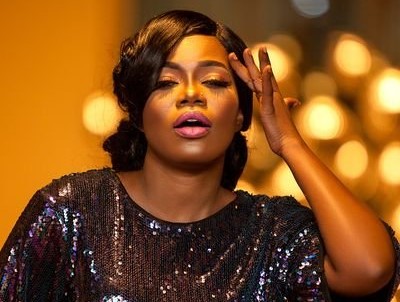 Popular hiplife artiste, Mzbel has dispelled the widely held view that her latest Asibolanga song is a diss to her estranged friend, Afia Schwarzenegger.

In the last few weeks, the 16-year hitmaker has been making headlines and creating lots of buzz on social media when she posted a snippet of her upcoming song, Asibolanga.

Since the public post, her followers immediately labelled her latest piece a diss song to Afia Schwarzenneger.

This is because the name Asibolanga is mostly used by actor and social media influencer, Tornado in his social media banters with Afia Schwarzenegger.

Thanks for massive support —Camidoh

But speaking on Sammy Kay Media recently before the song’s official release today, October 28, Mzbel said her Asibolanga song is just for fun and not a means to court anyone’s displeasure.

“I’m a Ga and we always label or give identity and names to things or persons. However, that doesn’t mean that’s the official name of that person or thing. It’s just an identity.  Asibolanga is not a name, I’m just using it to sing.

“I’m not referring it to Afia or anyone but if anyone accepts the song as a diss or whatever, well, then I can’t do anything about it,” she said.

Before the official release today, excerpts of the song gained popularity on social media and were used by Tiktokers to promote their videos.

Currently, the song has almost 50,000 views on Youtube after 12 hours of its release and some followers are praising Mzbel for her creativity and delivery on the latest tune.

This is what Cecilia Boateng posted on Youtube. “Eeeiii! Let’s put everything aside. This lady is really talented. Everything is on point. Please make a comeback because, you still got it”.

Josephine Arthur also wrote, “The fact that she's making money out of a beef is mind-blowing. This lady is so creative. This is who you call a musician. A true musician puts their life experience in songs and make bread out of it.”