My stay with Zylofon is out of loyalty —Obibini 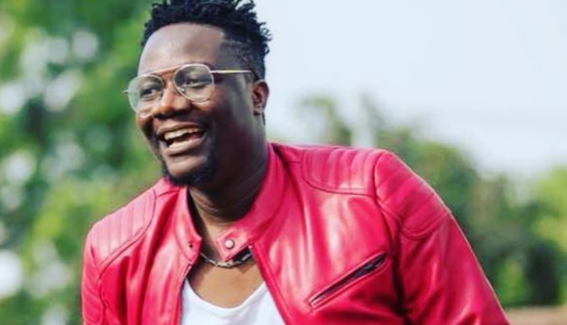 A GOOD number of artistes were signed on to Zylofon Music when the organisation was at its peak but almost all of them except rapper Obibini have left the record label because things did not go as planned.

The only artiste who is still stuck to the label is rapper Obibini and he tells the Graphic Showbiz that he is still stuck with Zylofon because of his loyalty to the record label.
“You can use the word loyalty and I still believe it is one of the greatest record labels even now. We are still on, the team is solidly behind me so we are still on.
“Technically, I am still with the label so that is what it is. It is difficult with everything going on so I don’t want to say they are the only ones suffering. Inasmuch as I am in the game, I am still enjoying myself. It is more like passion than anything else. People are still doing rap and we are enjoying ourselves,” he stated.
Amerado didn’t resurrect my career - Obibini
Asked why it is easier for singers to breakthrough than rappers, Obibini said, “Singing easily comes from the subconscious but rap involves putting words together in a poetry vein so naturally, singers will find it easier than rappers.
“It also looks like Ghanaians are more used to singing than rap so they tend to lean more towards singers in the game than rappers, making them more popular than we the rappers,” he said.
Work hard, enjoy your own money—Obibini to female celebs
Obibini hinted that he will drop something soon so his fans should watch out for it, “I am coming up with something in the form of a series so I will be dropping them bit by bit, you all will just love every bit of it so do watch out,” he said.
Obibini, which is the acronym for Obviously Black Is Beautiful, Infinite & Naturally Inspiring, is a Ghanaian HipHop rap artiste, record producer and performer who aims to become a leading centre in the edutainment industry.
His goal is to create the School Of Afrikan Knowledge (SOAK), which will use entertainment and the fine arts to enlighten, amuse and transcend generational divides.
Obibini, an old student of the Adisadel College, is from Effiduase, Sekyere East, a district in the Ashanti Region and was conceived David Kwaku Effum Boafo on October 23.
Being passionate about music, the rapper grew up listening to Ghanaian favourites such as Reggie Rockstone, Obrafour, Outkast and Busta Rhymes. As a result of his newfound interest, he began composing his solo melodies and ultimately formed a four-member band named the Ill Deadly Ministers (IDM) while still in high school.
I’m ready for a rap battle with Sark, M.anifest, EL – Obibini
Obibini focuses on strong lyrics when crafting his songs since he is passionate about creating high-quality content. Rhythmic Afrikan Poetry is his musical approach.
He began his career in the Ghanaian entertainment industry’s underground rap scene. Given his large fan following, Obibini’s debut song did not entirely satiate a substantial portion of his fandom, who believed he had been unsigned for far too long.
He has had success in his career thus far, thanks to a recording pact with Zylofon Music, which has backed his career throughout the years. Obibini is concerned about the growth of his music, as well as the industry as a whole, as an avid listener and enthusiast of music.
With hits such as Yardie, Carcass and Deceased, as well as numerous significant collaborations with Ghanaian musicians such as Sarkodie, KiDi, Camidoh and Feli Nuna, Obibini is one of the active rappers seeking to expand the Ghana hip hop rap genre.