My dad didn’t want me be beats maker —Appietus 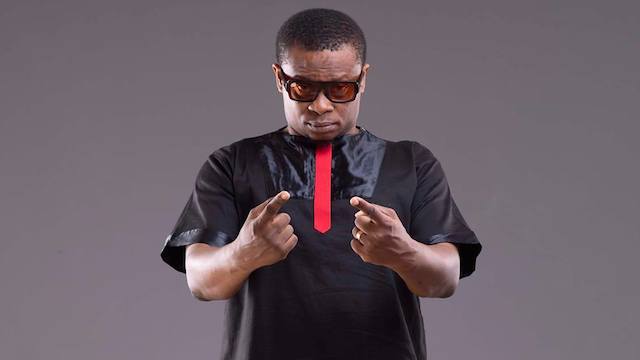 HIS father wanted him to be a lawyer or an accountant, but all that popular sound engineer Appietus wanted was to do nothing but create beats. And for that he received some sound beatings.

Although he loves his father very much and misses him, Appietus wouldn’t have fulfilled his childhood dream if his father were still alive.

“Don’t get me wrong. I love my father to bits and he loved me too, I am sad he is no more with us but I know he would have kicked against my chosen profession if he were alive.

"I wish my dad were alive now for me to prove him wrong. I would have loved for him to see what I have become.

"That son he never wanted to have anything to do with music is today one of the greatest sound engineers in Ghana,” he told Graphic Showbiz in an interview on Monday when the paper went to talk to him about Father’s Day.

According to him, even with his father out of the way, he still had to contend with his mother who always asked him to look for a proper job instead of being a sound engineer.

“Although a couple of musicians passed through our house to record their music, my mum was still telling me to get a different job.

"All that changed when the legendary Daddy Lumba walked into my studio one day to seek my services.

"My mother realised I was actually doing something great. She just couldn’t believe a great artiste such as Daddy Lumba was in her house and recording with me. She prepared all sorts of meals for him”, Appietus said.

“I have always loved music even as a child and that is why I never gave up despite all the beatings from my dad. I love making beats.

"Even when I was very young, I was able to create different beats in my head. Those who knew me at school are not surprised at what I have become today.

"I would gather my friends around and play different beats and they loved that. I am happy I still pursued what I love to do and I never regret not giving up on my dream,” he stated.

Today, June 19, is Father’s Day and Appietus says he still remembers some of the pieces of advice his dad used to give him.

“My dad told me never to have anything to do with a married woman and be truthful all the time and those pieces of advice have really helped me,” he said.