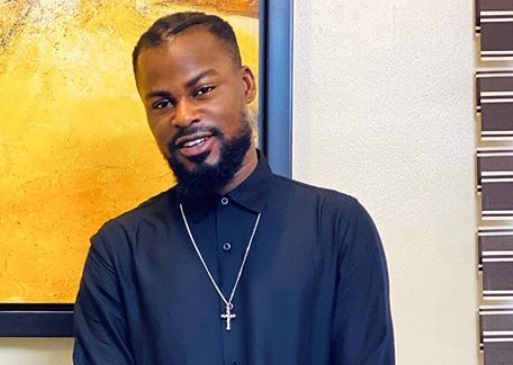 He produced Patoranking’s song Love You Die and their relationship was strengthened when he was appointed director for the artiste’s band, Fire Republik.

And on August 24, Mix Master Garzy put his name on the globe when Three, the third studio album by Patoranking, which he executive produced, was released.

The engineer announced the new accomplishment on his Facebook page and in an interview with Graphic Showbiz, Mix Master Garzy, who has worked with the likes of Sarkodie, Becca, Jupitar, D Cryme among others said working with Patoranking in the last few years had been good for his career and he was set for global exploits with the Three album.

“I’m more than grateful to Patoranking for discovering more of my abilities and setting me on this path. This is no mean feat for me considering where I’m coming from and I want to encourage our big artistes to emulate him.

“I executive produced the album; who would have thought that I could do it but I did it flawlessly because of the confidence reposed in me which will encourage me to handle similar projects in future,” he stated.

Mix Master Garzy’s relationship with Patoranking has seen him serving as Head of Productions for his music label, Amari Musiq and he was part of the entourage that went on an American tour with him in 2018.

Back home, Mix Master Garzy, whose real name is Benjamin Garzy Mensah, has also worked on a number of popular songs such as Pull Up by Stonebwoy, Enemies by Jupitar, Na Wash by Becca, Life by Bisa Kdei and Koko Sakora by D Cryme.

He encouraged his fans in Ghana to stream the Three album, which is currently on all digital platforms, to help push his brand.