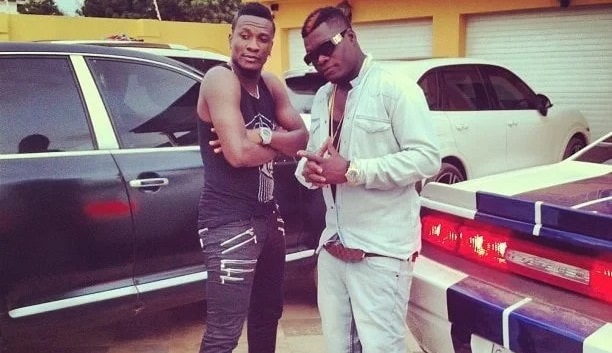 Black Stars captain, Asamoah Gyan has revealed that he still misses his close friend Castro and is hanging on to a faint hope that he is alive.

Castro, known in his private life as Theophilus Tagoe disappeared almost three years ago (July 6, 2014) while on a weekend getaway with the Black Stars skipper.

He went missing along with a female friend Janet Bandu at the Volta River estuary in Ada where they were on a cruise.

Gyan in an interview with Accra-based Citi FM insisted that Castro's death cannot be confirmed because his body has not yet been found.

He said, "We cannot confirm it right now because the body has not yet been found but we were there and we know what happened so we just waiting for the traditional authorities, they said seven years. Every time we are playing his song or cracking jokes, we really miss this guy a lot".

Gyan also revealed that he has been unable to release any new music because of his friend's disappearance.

"I still do music but since my friend got lost, Castro. I decided to just lay back a bit. We had a lot of hit songs that were coming out before the incident happened," Gyan said.

Castro, who hails from Takoradi, was born in 1982 to Lydia Tagoe, a trader, and Mr Coffie, an accountant, at the Takoradi Harbour. He attended Anglican Primary and J.S.S in Takoradi.

Before he launched his debut album in 2003, he had featured on hip-life group 4x4 hit track, “Ssikletele” which officially introduced him into the local music scene.

His songs such as 'Odopa' 'Seihor', 'Africa Girls' have received awards and massive airplay over radio waves since his death.