I have not given up on marriage – Kwabena Kwabena 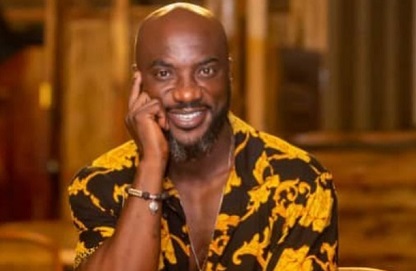 After two failed marriages which collapse was well documented in the media, one would have thought that Highlife musician Kwabena Kwabena would be jaded about it but he says that will not deter him from finding love again.

The Tokro singer, who made the revelation recently on Angel FM's Anopa Bosuo show, said he has hope of finding the one.

In an answer to how soon he will remarry, Kwabena Kwabena also known as KBKB said, “I can’t tell but it will be soon. I will marry again, it's just that in this our part of the world, it is difficult to find genuine love if you are a celebrity.”

Sharing his thoughts about the recent meeting between the Inspector General of Police, George Akuffo Dampare, and players in the creative industry, Kwabena Kwabena said he did not believe celebrities were being targeted by the police as some critics have sought to claim.

For him, people should just do the right thing and all will be fine. “I don’t think the police is targeting us, all that is needed is that we do the right thing. When you do that, you will not have issues with the law, no one is above the law.”

He also touched on his sexuality stating empathetically that he was not gay as some people thought because he is now painting his nails. “I want to say this for the records, I am  not gay.”

Since then, he has released a lot of hit songs including Ka Kyere Me, Trodom, Adea Waye Me, Fakye Me, Me Ne Woa, Dabi, Bue Kwan, Daakye, Adult Music and Bye Bye.