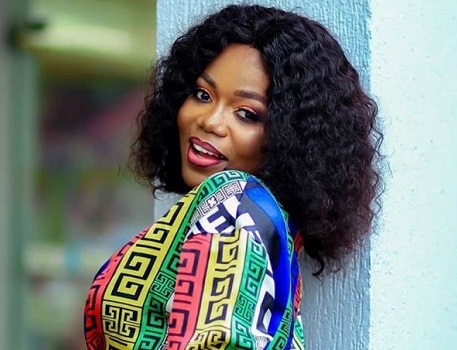 She has been embroiled in controversy for years, be it statements she's made or feuds she has been involved in and while her scandals seem to have overshadowed her music, Hiplife artiste Mzbel says it's all because she does not know how to keep a secret.

“I don’t know how to keep secrets and that is why I say things how they are. When someone becomes friends with me, within 24 hours the person gets to know everything about me because I tell the person everything,” she told Nana Ama McBrown on United Showbiz on UTV last Saturday, October 10.

Asked why she cannot keep secrets, Mzbel said she was not guided well at the start of her career.

According to her, most of the controversy she has been involved in has not been her fault.

“A lot of issues have happened in the past and most of them were not my fault. With the Tracey Boakye issue, I just woke up one morning just to see a video of her insulting me and saying things that were false so I had to reply and tell my side of the story.

"With Afia Schwarzenegger, we fell out as friends and she came out to say things that were also not true so I had to also defend it and tell my side and I did,” she said.

Being friends with Afia Schwarzenegger my biggest regret - Mzbel

She also disclosed that she was now very careful about friends because they were the same people who bring her problems.

Mzbel said she was not good at making friends and mostly it was her friends who chose her.

“I am very bad when it comes to friendship. I don’t call nor reply to messages. I don’t visit you nor do things that friends do,” he said.

Speaking on her music career, Mzbel said she came into it by chance. According to her, it was not her intention to become a musician because she had been a graphic designer who worked with big companies in Ghana.

“Music had not even come to mind, I was rather focused on my graphic design work. My company worked on most of the adverts we see on television but we are quiet on it. As for music, it was a secondary issue,” she stated.

Mzbel said she has no regrets at choosing music because it had done a lot for her. “I have three albums and I'm still making money from the 16 Years song. I have gotten a lot of deals through becoming a musician,” she said.