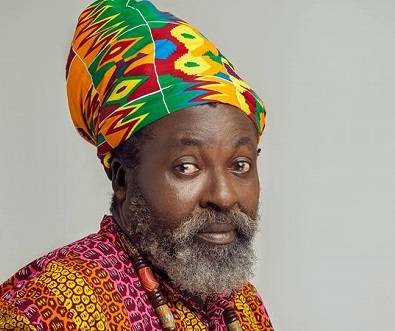 It is becoming clear that the problems of the Musicians Union of Ghana (MUSIGA) will not end anytime soon if something is not done to resolve them.

A lawsuit by a presidential aspirant Ras Caleb Appiah-Levi against the union’s election had slowed things down. He had gone to court to get an injunction placed on the election because according to him, things were done contrary to its constitution.

Although an Accra High Court dismissed his suit on March 15, Ras Caleb says he will still fight to see things done right and asked those blaming him to rather congratulate him on bringing out the ills at MUSIGA.

“I am proud to say I am the ‘Anas Aremeyaw Anas’ of MUSIGA and I will not rest until I seek the interest of the union. My aim is to be the president and fix things there and if I don’t win, I will continue to fight for a good cause,” he told the Graphic Showbiz.

Ras Caleb blamed acting President of MUSIGA, Bessa Simons for the problems of the union. According to him, Bessa Simons has the power to change a lot of things at MUSIGA as acting president but he is refusing to do that.

He explained that as the acting president, Bessa Simons could call a congress and invite all the members to iron things out before an election is held but he is not ready to do that. He told the Graphic Showbiz that unless the problems at MUSIGA are fixed, there is no way an election will take place.

“I am making sure there is no election if problems at MUSIGA are not resolved. I will place an injunction anytime they want to organise an election.

“There are so many issues we need to deal with. First of all, the past administration needs to account for all the monies they received including the GH¢2million the former president of MUSIGA, Obour, received from former President Mahama. I also raised concerns about the registration of people, some of who were not musicians.

“I have all information that goes on there and the monies that came in and I know they were not used for the right purposes and that needs to be accounted for. Trust me, I have been to all the nine MUSIGA offices in the country and there is nothing good to write about them.

“The board knows that I am aware of all the corrupt practices and they know how I have single handedly helped the union”, he stated.

When the Graphic Showbiz contacted Bessa Simons, he declined to comment.