Hip-hop is a lifestyle and culture not just rap - Gambo 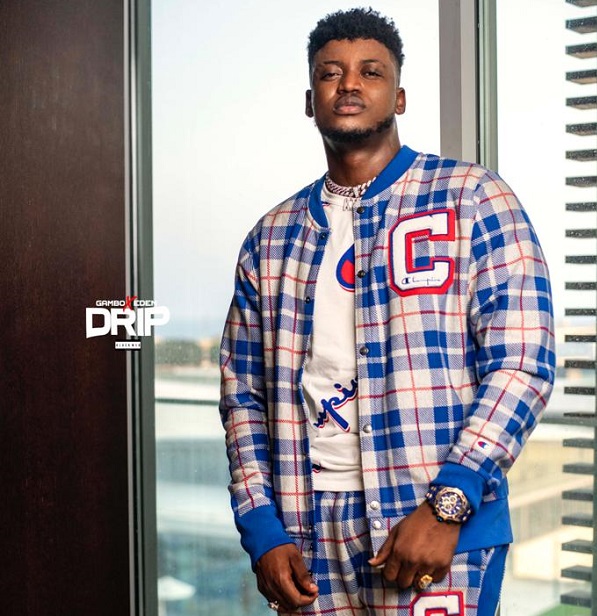 Hip-hop is a lifestyle and culture not just rap - Gambo

Talented Ghanaian trap-music rapper, songwriter and singer, Bashir Annan known in showbiz as Gambo, has stated that the music genre hip-hop is not just about rapping but a lifestyle.

He made this known recently after he released arguably the most expensive music video for his single titled: ‘Drip’ which features versatile Ghanaian musician, Ayigbe Edem.

Gambo, in an interview with the media on the sidelines of the ‘Drip’ video premiere in Accra, challenged key stakeholders in Ghana’s music industry to showcase the luxurious side of Ghana and Africa as a whole, as he did in his video.

According to him, his ‘Drip’ music video which was shot on the seventh floor of the luxury Kempinski Hotel in Accra, shows the classy side of Ghana.

For him, shooting the official video for ‘Drip’ in Kempinski, was a way of marketing Ghana to the outside world.

“Hip hop is not just about rap. It is a culture. It is a mixture of lifestyle, experiences and an expression,” Gambo said.

The ‘Kwacha’ crooner said: “Perception is everything and we need to do much better so the rest of the world knows that Africa is truly a magnificent continent with beautiful things that life has to offer.”

“I truly believe that Africa has almost everything the Western world has, but because we don’t showcase and promote them to bring awareness, most people do not know and simply view us as inferior hence our struggle in the music industry to gain recognition,” he said.

“We are all excited about the red carpet events, fashion, and delicacies of the western world, but that is what they show us and that is what brings value don’t get me wrong there’s value in all things but I believe it’s time we stand up and start promoting ourselves and letting the world know that we are proud. Like dubia we should starting promoting ourselves.”

“The music industry in Ghana is struggling in Ghana. The movie industry is on its knees. We can all actually count how many Ghanaian movies are on Netflix. We need to start doing things differently and showing the classic side of our country to make look attractive to the rest of the world,” he urged.

‘Drip’ was premiered at 4syte TV premises in Accra on Friday, February 26, 2021. It is the first song off Gambo's yet-to-be released Extended Play (EP). The banger is available on all major streaming platforms including YouTube, Audiomack.

Gambo debuted on the music scene in Ghana with his hit single “Kwacha”.

Gambo Bashir was born in Ghana but left to Guyana at an early age of five years but returned to Ghana at the age of 11 to continue his basic education at SAPS and completed in the year 2012.

He continued to Presbyterian Boys (Legon), where his music passion was ignited.

The young and energetic Gambo is the only Ghanaian artiste ranked in the top 5 upcoming African Acts in Spark Magazine with his song featuring Fortune Dane and Legacy, “Aye Aye.”

In 2015, Gambo enrolled in the University of Ghana, Legon, where he studied Public Administration for 2 years and graduated with a diploma certificate and went ahead to pursue his degree.

Gambo is an entrepreneur and CEO of BlackMob.

Blackmob is an organization set up to give the youth a platform to exhibit their talents, be it modelling, studio work, rapping or anything entertainment across Ghana, Tanzania, U.S.A and worldwide.

Watch the official video for ‘Drip’ below;