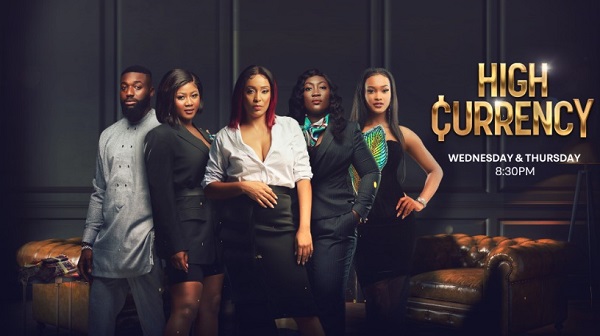 Office politics, dangerous schemes and office romance in the banking industry set the tone for the new juicy drama series “High Currency” to be premiered on Akwaaba Magic this July.

High Currency follows the life of Naa Shika Hammond, the star performer at the fictional Crystal Bank who is well on her way to building the wealth which she believes will secure her future financially.
She, however, meets the love of her life, an experience that threatens to ruin her entire lifestyle.

A statement issued by Multichoice Ghana said the new series is in line with its objective of bringing customers rich, high-quality local content which they can also relate to.

According to the statement, the series sheds light on the challenges faced by young ladies in the banking sector and the extent to which they are willing to go in order to stand out in the cut-throat competitive environment.

It noted that High Currency is full of lessons on love, greed, lust, sacrifice, honesty, women’s career development and empowerment, and “it’s a must watch for young women who dream of having a career in banking in order to learn and avoid the pitfalls associated with the job.”

High Currency is produced and directed by Kwabena Gyansah. It will show every Wednesday and Thursday at 8:30 pm.