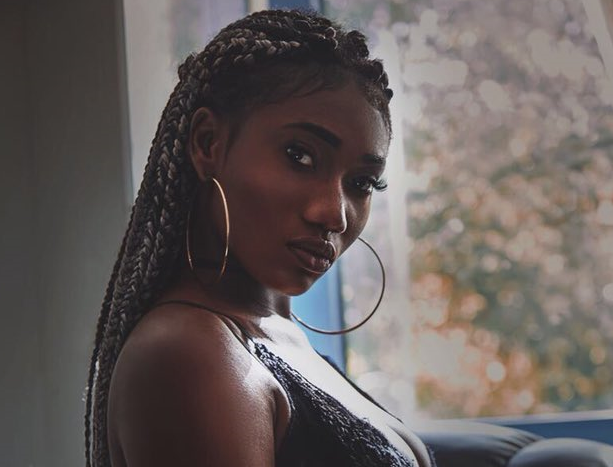 When CEO of Ruff Town Records, Bullet, announced the signing of Wendy Shay and others to his label, he was emphatic that they would blow up, much like his first signee, Ebony Reigns.

While he referenced Wendy Shay and Miss Forson’s physical assets one too many times, Bullet insisted that they were also talented and expectations have been high about what they would bring to the table.

Although the death of Ebony in February and events following after that may have delayed her debut, the wait is finally over and the singer, whose real name is Wendy Addo, has dropped her debut song titled, Uber Driver.

Uber Driver, released on June 1, talks about how men love to watch women with big buttocks and how it can land them in trouble.

Uber Driver came complete with a video directed by Yaw Skyface and Wendy Shay puts her assets on display in the colourful video.

As at Sunday, June 3, the video was Number One trending on You Tube and had over 85,000 views.

Since its release, the song has generated a lot of buzz on social media, particularly Facebook and some industry players have not been left out of the discussion.

In a Facebook post on Saturday, music producer, Fred Kyei Mensah of Fredyma Studios lauded the talent of the new artiste.

Good music and video,” he posted.

Another person, Hiram Elzerah Emmanuel said, “I saw the video, the one they shot in South Africa. I think it lived up to expectation.

“There was a lot of Ebony feel to the video yet you can also see Wendy Shay’s individuality.

At this rate, I think Wendy is here to stay”.

Although it is early days yet to judge her staying power, there is no doubt that Wendy Shay has started on a bright note.