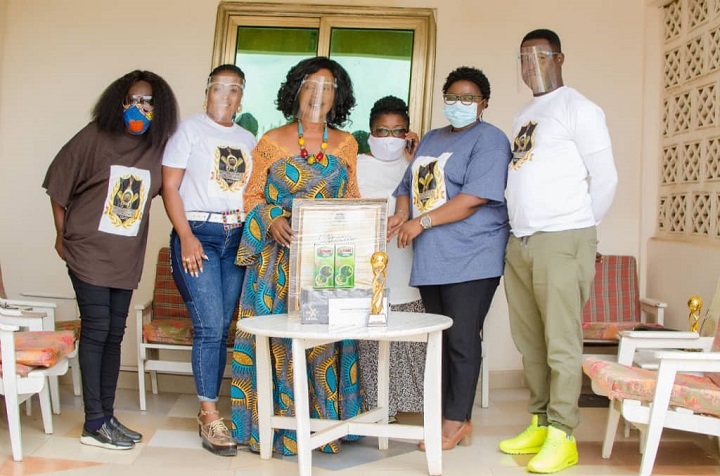 THE Ghana Actors and Entertainers Awards (GAEA) has given legendary awards to six veteran actors at separate ceremonies in Accra.

The six are Grace Omaboe, Kojo Dadson, Emmanuel Armah, Grace Nortey, Emmary Brown and Charles Ampofo. They were each given a plaque, citation, undisclosed amount of money and products from sponsors.

Veteran actor, Kojo Dadson with the team from GAEA

In a post event interview with Graphic Showbiz, the CEO of Ghana Actors and Entertainers Awards, Cecilia Gyaase Konamah aka Abena Ghana, an actress and host of Abugyen on Royal Television said her team decided to honour these veterans for their immense contribution to the arts.

"We decided to visit the veteran actors to honour them and let them know that we appreciate what they have done and continue to do for the nation. Next week, we will honour the final two in the persons of William Addo and Paa George," she said. 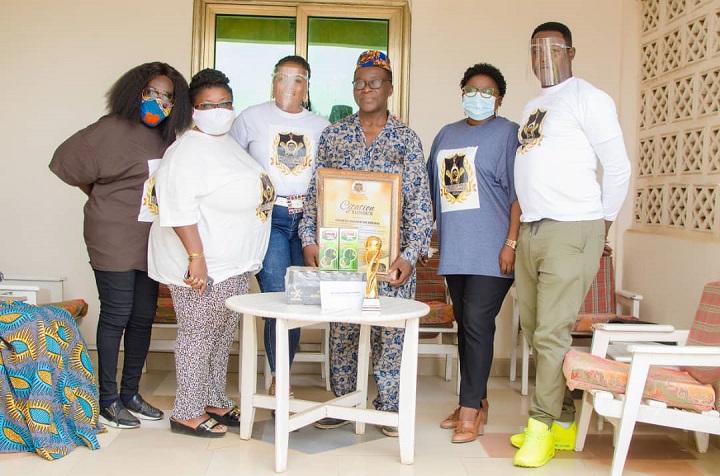 According to Abena Ghana, the GAEA started last year and the second edition comes off on November 7 this year.

"Vetting is ongoing and nominations will be out next month so we urge all media houses to support the awards scheme."

"I would like to say a big thank you to members of the jury in the persons of James Clerk, Nana Yaa Sarpong and Leonora Buckman. Gratitude also goes to Hon. Barbara Asher Ayisi for her support," she stated.

Actor Emmanuel Armah (in green) with the team 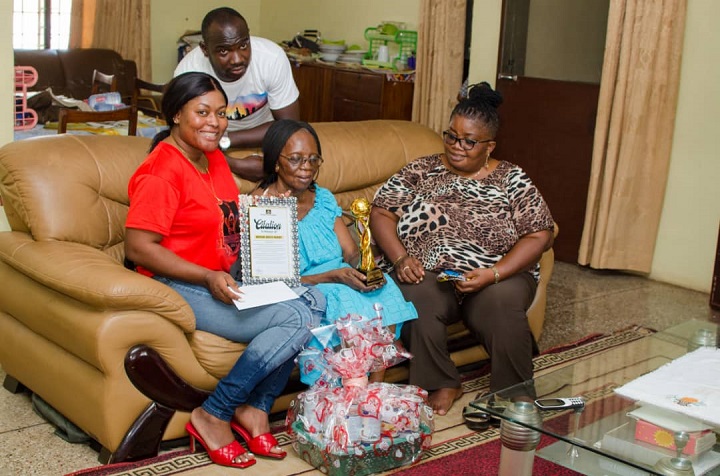 Abena Ghana wears many hats, she is an actress, TV host, and proprietress of Ghana Town Restaurant and AG Dazzle Boutique.