Going into 'VGMA' with open mind—KiDi 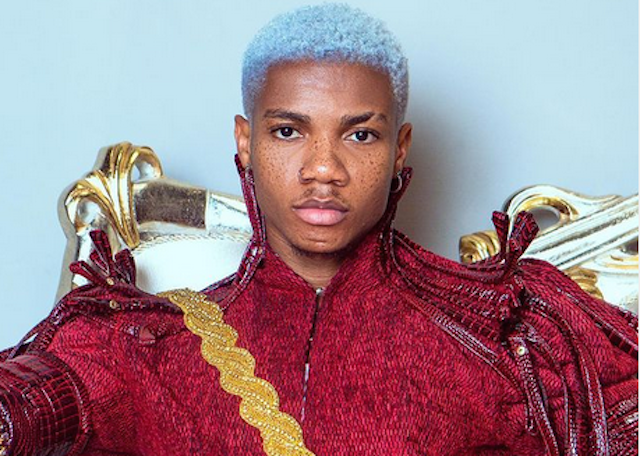 KiDi has nine nominations in this year's 'VGMA'
30.5k Shares

ONCE again, armed with a 3Music Awards Artiste of the Year title and nine nominations from the Vodafone Ghana Music Awards(VGMA), many are those who believe wrestling the ultimate VGMA prize from his competitors this year is a done deal for KiDi.

But the Lynx Entertainment signee is not allowing the award and nine nods get to his head because this year, he is open-minded about grabbing the ultimate prize.

Last year, he went into same battle armed with same weapons—3Music Awards Artiste of the Year award and nine VGMA nominations and was heavily tipped to win but was defeated by Gospel artiste Diana Hamilton who went home smiling with the spoils.

That night, he spurred his fans on with ‘I will be back’ each time he mounted the stage to pick an award(four in all) but lovers of the Enjoyment hit maker were crestfallen at the end of the night, venting their spleen on social media when he missed it.

In a chat with the Graphic Showbiz, KiDi mentioned that he’s read and heard comments and suggestions that presupposed winning the VGMA ultimate award was a done deal after annexing that of 3Music Awards last month.

“There is no connection between the two award schemes to make me the favourite nominee. Awards can go any way just as it happened last year so this time around, I have decided to be open minded about the outcome. Expectations were high last year, especially when I won Artiste of the Year for 3Music Awards.

KiDi walking into 'VGMA' with an open mind

This record in the year under review possibly places KiDi’s chances above his competitors in this year’s VGMA Artiste of the Year—Black Sherif, Joe Mettle, Sarkodie and Kuami Eugene.

Touching on the enviable feat Touch It has achieved, KiDi told the Graphic Showbiz that was not a guarantee he would emerge winner on the night.

“I think everybody who has been nominated deserves to win and anybody could win so as I said earlier, I’m just going into it with an open mind. If I win it, I will be super excited but if I don’t, life still goes on,” he said.

KiDi also disclosed Touch It had been his most successful song considering his humble beginnings, adding “ I’m building something great for myself so that in future, Touch It will probably not be counted among KiDi’s top 10 big hits since bigger hits are coming. All the same, I’m really grateful”.

On how he sees the progress of Ghanaian music, the old student of the Accra Academy is very optimistic of its growth, particularly with the right investors.

“Our music industry is growing and we are getting there bit by bit, we might not be moving as fast as some other African countries but we are going, moving forward and still growing as an industry.