Speaking for the voiceless keeps me going — Frema 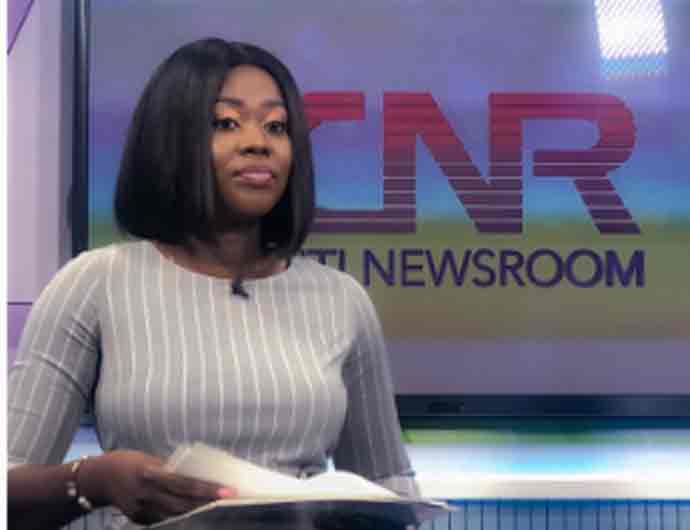 Doing one particular thing over a long time comes with a lot of experience, however, it can be boring when you are not into it.

But for the past 22 years, journalist Frema Adunyame has been practising her media work and she enjoys her work as the years pass by.

She is currently the host of Upside Down, Breakfast Daily, U Tour and The Constituency on Citi TV.

Talking about what kept her going for all these years, the mother of two said speaking for the voiceless and bringing solutions to problems affecting the ordinary Ghanaian gave her the zeal to move on.

Every job comes with its challenges and for Frema, who is the head of Events and Partnerships for Citi FM and Citi TV, getting attacked just because you are being objective especially when it comes to topical issues can be very worrying.


Expressing her views on what she dislikes about her work, the 41-year-old media personality said retiring seasoned journalists all in the name of giving young ones the opportunity put her off.

“I just don’t like it when seasoned journalists no longer feel important because we feel the young ones should be given the opportunity. Sometimes, it is not yet their retirement age but such seasoned journalists are non-existence because no one cares to hear from them and that is so unfair.

“The sad thing is that most of these seasoned journalists do not get the opportunity to mentor the young ones with the experience they have gained over the years.

“For instance, I have done this over the years and gained a lot of experience so if I am to interview the President or the Vice-President, I will do it with ease. I know the right questions to ask but a young journalist will feel intimidated seeing these personalities and it is about time we put a stop to that. This issue goes beyond journalists but our movies and music too,” she said.

Poaching is nothing new in the media space and for someone with a lot of experience, she will definitely have a lot of offers from other media houses and the versatile presenter said although the offers came she turned them down because she was not enticed by money.

“As for the offers, they come but I am not moved because I look at the future and not the present. Some journalists were poached, got whatever money they were promised and are now stagnant.
I believe in growing my career because I know it will come with whatever I am looking for. What is the point in getting the money after being poached and then ending up no longer relevant?” she asked.

Aside being a journalist, Frema loves Creatives and her passion for that led her to manage artistes such as Highlife musician, Kwabena Kwabena, Gospel artiste Nii Okai and Poet, Apiorkor.

“I have always loved to manage artists. I love to help young musicians who have the talent but no help to take their careers to the next level. I have been doing that low- key over the years and the young artistes are always grateful. Some of the seasoned musicians also do approach me but, unfortunately, I don’t have the time now,” she said.

According to her, it was her dream to become a great musician one day because she could sing very well. “What most people don’t know is that I sing so well. I have been singing since childhood and I will be hitting the studio to make it official soon,” she revealed.B

Frema describes herself as an indoor person so she prefers watching movies and listening to music during her leisure time. She also loves to hang out with her children.

“I don’t like disrespectful and dishonest people around me. In fact, I try my best to avoid such people no matter who you are.

“Also, I dislike lazy people. When there is work to be done, I expect people to not loiter around but get it done,” she stated.

How it all started

Born in Effigyase near Ejisu in the Ashanti Region, Frema had her secondary education at St Monica's Senior High School in Asante Mampong in the Ashanti Region and completed in 1999. She attended University of Ghana, Legon where she majored in Radio, Television and Video (RTV). She also holds MA in International Affairs and Diplomacy from the Legon Centre for International Affairs and Diplomacy (LECIAD).

Frema started her media work as a panellist on GBC's Garden City Radio in Kumasi. She later moved to Radio Mercury where she was a news presenter. Frema has also worked at Inviscible FM now Nhyira FM and Fox FM all in Kumasi in the Ashanti Region.

Frema had her national service at TV3 and afterwards worked there from 2006 -2011.