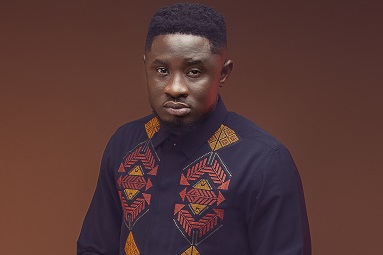 Budding contemporary Gospel artiste Scott Evans, whose latest song Mape K3 comes in an Amapiano vein, is worried a section of the public has raised concerns about the sound.

Amapiano, which emerged in South Africa in 2012 is a hybrid of deep house, Jazz and lounge music characterised by synths, airy pads and wide percussive basslines.

For years, Gospel music has been pigeonholed with people believing it has to be in a particular way; the sound, video, costuming, etc. all have to be in a certain manner deemed acceptable.

Not everyone who has gone in a different direction has found success; for instance, there are certain sounds perceived to be for secular artistes such as Azonto, Afrobeats, etc. and recently Amapiano which Gospel artistes should not use.

According to Scott Evans, though Mape K3 was receiving great airplay and attention, a section of the public had raised concerns about the sound.

“The song is doing well and I appreciate it but there are some concerns raised with regards to the rhythm and sound and I feel there is a need to address that.

“Honestly, this is not the first time I am getting such concerns. The rigid mindset and perception of what and how a Gospel song should be must be worked on. The fact that it was done in a particular way doesn’t mean anyone who doesn’t follow it is not doing Gospel,” he told Graphic Showbiz recently.

Read also: My husband and I not controversial – Empress Gifty

He continued that, “For instance, because I used Amapiano, my single is really played among the youth, you can dance to it. I believe that when people fall in love with the song, they will have interest in the words and once they do, the message will get to them.”

Though he has been in the industry for a while, the Everyday singer has not ‘blown’ yet and he told Graphic Showbiz that he believed in staying relevant.

“Personally, I believe in staying relevant in the industry than to “blow,” not many will understand where I am coming from but I think having a hit song is just not enough as compared to staying relevant. I am not by this saying having hit songs are bad but I prefer to be more relevant,” he stated.

Read also: Blame organisers for our 'failure' - Stars of the Future’s Kwamiena

Commenting on what can be done to make the industry better, Scott Evans said, “I think we need well organised and established structures for us as artistes, when we have the right structures, we will do better and we will not worry about surviving in our old age.”

Scott Evans started music in 2011 and has singles such as Holding On, You and I, Good God, Enough for Me and The Glory to his credit.