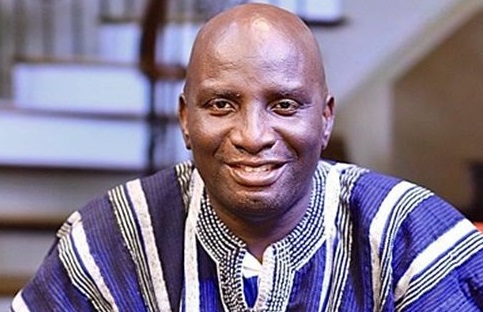 Socrate Safo is the Chairman of the Film Classification Committee
30.5k Shares

It looks like the Film Classification Committee (FCC) and the Ghana Independent Broadcasters Association (GIBA) are on a collision course over explicit content on television.

Earlier this year, the FCC decided to enforce the provisions in the Development and Classification of Film Act 935 to regulate content shown on TV.

According to the Chairman of the Committee, Socrate Safo, although there was an agreement with GIBA to ensure that the TV stations did in-house regulation of their content, that had not been the case.

Speaking with Graphic Showbiz Socrate Safo said: “We agreed with GIBA that there should be a period when the TV stations will do an in-house regulation of the system; we thought it wise to do it with the media houses. GIBA is not monitoring its members as we agreed on. There is a lot of content out there that is not supposed to be on air.

“An example is Black Sheriff’s First and Second Sermons being shown on TV. Per the guidelines, we don’t see why they are showing it at peak time. We have called the attention of the TV stations even though we are being a bit flexible for starters.

We’ve served them notices. In a few weeks, we will go hard on them because we are running out of patience. The TV stations are not being responsible at all.”

“This time, we have given them the option to be mindful. Now the videos will come through us before going to the TV stations. Per the classification, there is a time schedule for them to be shown,” he stated.

In June this year, when Graphic Showbiz spoke to Socrate Safo about the work his outfit was doing, he indicated it was going well and the television stations were cooperating.

Now the story has changed and Socrate Safo has indicated that GIBA is not playing its role effectively and his outfit is running out of patience.

“GIBA is not playing its role. For starters, TV stations have to be mindful of their in-house productions and be a bit more responsible. We are expecting nothing less from them,” he said.

Reacting to the claims, the Executive Secretary of GIBA, Gloria Hiadzi, said not every television station in Ghana was a member of GIBA so their outfit could not tell them what to do and what not to do on their platforms.

Read also: Showing movies for free on TV was a mistake – Socrate Safo

The Film Classification Committee is a body formed by the National Film Authority and mandated by the Development and Classification of Film Act 935 to preview and classify any audio-visual content intended for public exhibition in Ghana.

The categories of audio-visual content set within the scope of materials to be classified by the Film Classification Committee are feature films, short films, TV series and selected TV programmes, documentaries, advertisements and music videos.