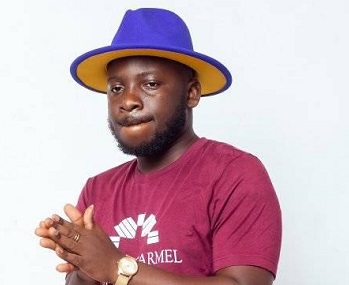 The comedy industry has come a long way; from the days when no event organiser wanted to put a Ghanaian comedian on stage to them now dominating the lineup at events and even headlining their own shows.

And for one of the notable faces on the comedy circuit, Lekzy Decomic, who has hosted his own show, including the recent one, Too Cute To Be Mute, which came off on Saturday, November 6, up and coming comedians should not be afraid to do their own thing.

According to him, fear should be the last thing on the mind of any up and coming comedian.

“Initially, I was sceptical about the Too Cute To Be Mute show but when I saw my picture on the artwork, it dawned on me that it was happening and I asked myself how it was going to be and if I could do it but when I saw the crowd that day, I cried.

“In fact, at a point, we had to bring more chairs because the place was full to the brim. Then the fear I had, went away and I realised fear wasn’t something I should bow to.

“The crowd made me feel that there are some people who love us out there, there are people who enjoy what we do and I must say I’m grateful. When we closed, I took a look at the numbers again and I was extremely happy with it,” he told Graphic Showbiz in a post-event interview.

Lekzy also said overcoming fear was the one lesson he had learnt. “I learnt that no matter what I want to do, I should not be afraid. Fear should not be part of our lives so far as projects are concerned.

“When you come to our comedy sector, people love to laugh, they appreciate talent so anything you do, do it well. If you are out there and you want to do stand-up comedy and host your own show, do not be afraid, take the step, it will be worth it,” he stated.

He also outlined some of the things he thinks did the magic for him. “Apart from the God factor, I believe the media played a major role, we made use of all the mediums available, radio, television, print, social media etc., so we were able to reach a lot of people and it worked in our favour.

“I will want to, on behalf of my team, commend the media for their involvement in helping our comedy industry and to all our fans who came in their numbers, we appreciate it all,” he said.

Lekzy Decomic also co-hosts a comedy show, The Half Serious Show on GhOne TV and he said the feedback had been great.

“We are putting in the works, one thing I have realised is that not many people get to see us on stage but television takes us to a lot of homes, it gives us a broader audience.

“Those who are not in the cities where comedy shows run also get the chance to experience comedy in their homes. That is what the show on GhOne has taught us and to add to it, our fan base has also increased,” he concluded.