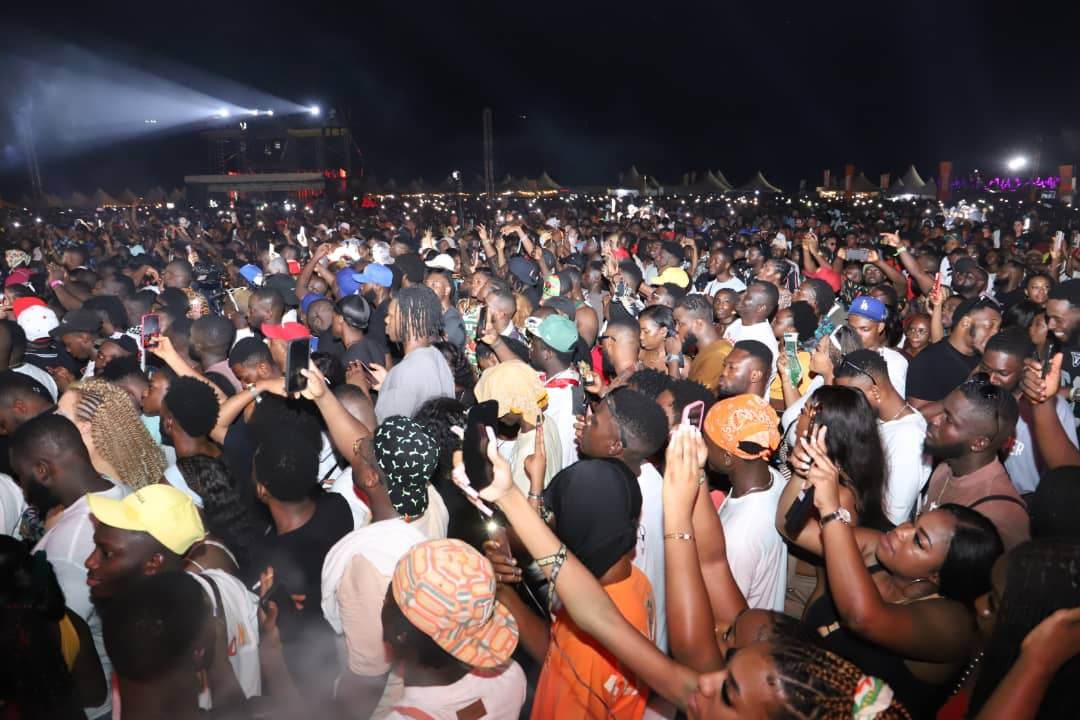 To avoid a stampede and unforeseen circumstances in relation to public safety, the second day of Afro Nation at the Marine Drive of the Independence Square ended abruptly Saturday dawn.

The organisers cut short the festival which had attracted a huge crowd beyond their control.

There were fears on crowd control as thousands of patrons were in attendance.

Gate crashers were trying to force their way inside the perimeter.

The mood of the revellers had been switched on with curtain raiser performances from the likes of Camidoh and KiDi who perfectly created an energised atmosphere for a good show.

However, at a time when things were expected to switch to the next level with Nigeria's Asake due for performance, the organisers abruptly ended the show citing safety reasons and crowd control.

It was already past midnight and it appeared the thick crowd continued to build at the main gate as well as within the arena of the show which obviously caused some fear and panic for the organisers to call off the show in the interest of the safety of the lives of party goers.

There were some reports of people losing consciousness from exhaustion as a result of the crowd.

Organisers went on stage and announced, "at this point, it has gotten too much for security and the police that we've got back there."

"As I mentioned earlier, it doesn't matter what is going on there. If any of you leave this place in a body bag, that would be on us.

"And that is one thing we don't want to happen. At this point, I want you to understand that the reason we are ending this show is for your own safety. Right now it is crazy outside and we want to make sure you guys leave in the safest way possible," the organisers announced.

They continued, "it is clear that the place was filled out but we had a lot of selfish people who decided to turn up at the door. For whatever reason they wanted to rush the door."

Many fans who had anticipated a happy closing vented and expressed dissatisfaction, accusing the organisers of treating them unfairly by cutting short their enjoyment because of "outsiders."

Day one of Afro Nation started with a bang and booming performances from the day's headline act, Meek Mill, who gave a performance that was nothing short of outstanding.

Additionally there were equally great music presentations from the likes of Nigeria’s Tiwa Savage, Cky, Oxlade, Ghana’s team of Kuami Eugene and Gyaki.

Trust Legendary P-Square to be the life of every party and boy oh! mine, did the duo give a riveting experience to patrons. They really took patrons down memory lane with some of their chart topping tracks such as Chop My Money, Beautiful Onyinye, Bizzy Body, Personally and No One Like You.

Since the debut in 2019, Afro Nation Ghana continues to pride itself as the biggest platform for the celebration of Afrobeats music.