GREASE star Dame Olivia Newton-John has died at the age of 73.

The actress and singer's husband, John Easterling, said she "passed away peacefully at her ranch in southern California this morning, surrounded by family and friends".

John Travolta, with whom she starred in Grease, said she "made all of our lives so much better".

He added on Instagram: "Your impact was incredible. I love you so much. We will see you down the road and we will all be together again.

"Yours from the moment I saw you and forever!

"Your Danny, your John!" 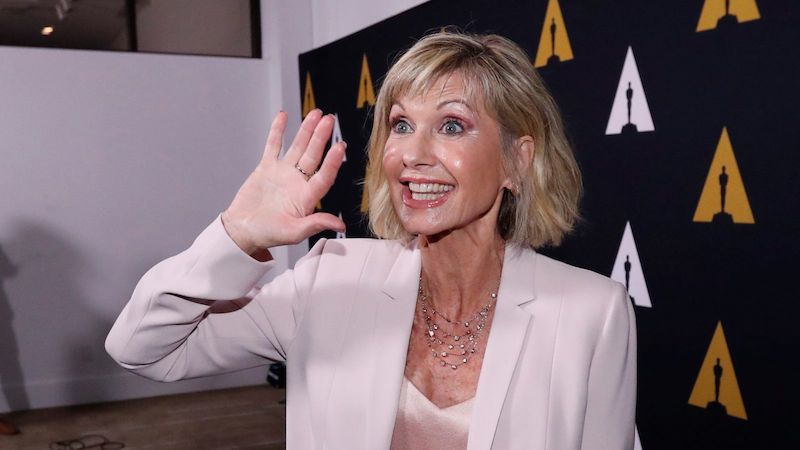 The late Olivia Newton-John in August 2018

Newton-John played shy, quiet Sandy in the 1978 movie adaptation of the musical, while Travolta was Danny Zuko, leader of the T-Birds.

Seemingly unsuited, and with Zuko pondering whether to tone down his image, they are reunited when Sandy ditches her sensible outfits in favour of a leather jacket and tight leather trousers.

The pair duetted on You're The One That I Want, which, alongside Summer Nights, topped the UK charts.

Newton-John's rendition of Hopelessly Devoted to You, which reached number two in the UK, was nominated for an Academy Award for best original song.

Dame Olivia had been apprehensive about taking the role, worrying she was too old, turning 29 while filming in 1977.

But she insisted on a screen test with Travolta and decided to take the part.

"I'm grateful for Grease," she told the Detroit News in 2016. "The movie and the songs are still so loved."

Successful both critically and commercially, it was the biggest box-office hit of 1978 and - at the time - the highest-grossing musical film ever.

The cast reunited for the 40th anniversary in 2018. 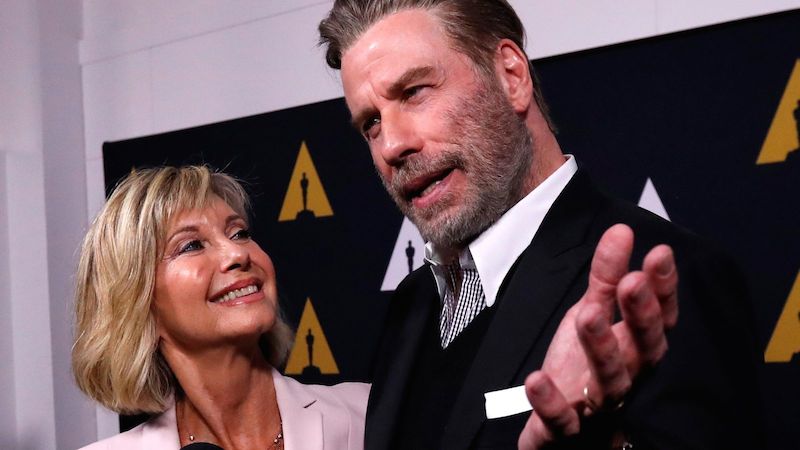 Dame Olivia was born in Cambridge in 1948. The youngest of three children, she moved with her family to Melbourne, Australia, when she was five.

Prior to starring in Grease she represented the UK at the Eurovision Song Contest in 1974.

Her song, Long Live Love, came fourth - in the year that Abba won with Waterloo.

Newton-John was a four-time Grammy Award winner whose music career featured five number one hits on America's Billboard Hot 100, with songs including Physical and I Honestly Love You.

She began performing as a child and became a star after moving to the United States.

She had her first hit in 1971 with If Not for You- a Bob Dylan song which had also been recorded by George Harrison.

Dame Olivia married actor Matt Lattanzi in 1984 and they had a daughter, Chloe Rose, in 1986.

The couple divorced in 1995. In 2008, she wed Mr Easterling, a businessman and conservationist.

Following the first of three cancer diagnoses in 1992, she became a prominent breast cancer campaigner.

She disclosed several years ago that breast cancer had metastasised and spread to her back, forcing her to cancel performances.

Mr Easterling said Dame Olivia was a "symbol of triumphs and hope for over 30 years sharing her journey with breast cancer".

He continued: "Her healing inspiration and pioneering experience with plant medicine continues with the Olivia Newton-John Foundation Fund, dedicated to researching plant medicine and cancer."

Flowers will be laid on Dame Olivia's star on the Walk Of Fame in Los Angeles, the Hollywood Chamber Of Commerce said.