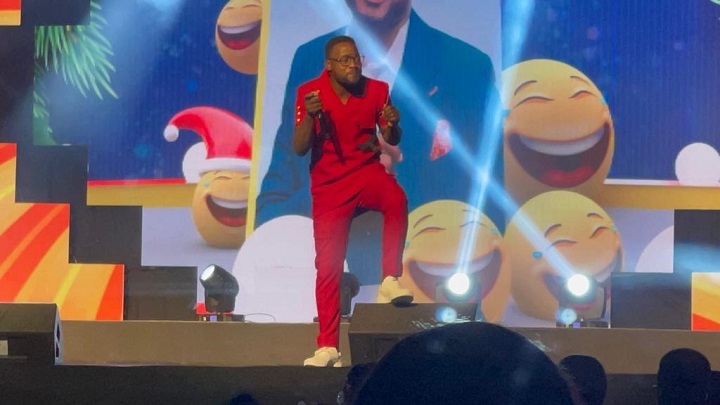 Foster Romanus was on point with his jokes
30.5k Shares

Ghanaian and Nigerian comedians thrilled a fully packed Grand Arena of the Accra International Conference Centre on Boxing Day at the Night of 1028 Laughs and Music.

Two Ghanaian comedians and four Nigerian comedians treated patrons to pure comedy making them laugh their ribs out throughout their performances.

The Ghanaian comedians were Comedian Waris and Foster Romanus while the Nigerians were Aproko, Destalker, Gordons and Okey Bakassi.

Comedian Waris, who set the ball rolling said he drives a KIA Morning and the police think he is an Uber driver so they don't bother him.

"Ga men are not romantic at all, they bring the ring and throw it at their prospective partner instead of kneeling down and proposing.

"I like the way rich people behave, they are very romantic, same cannot be said of those living in single rooms." These were some of the funny jokes he told that cracked people up.

According to him, hawkers sell according to the area they find themselves in. Those who sell water at East Legon gently say "Pure Water." The most disrespectful people are those who sell 'Kosua Ne Meko' (Boiled egg and pepper). 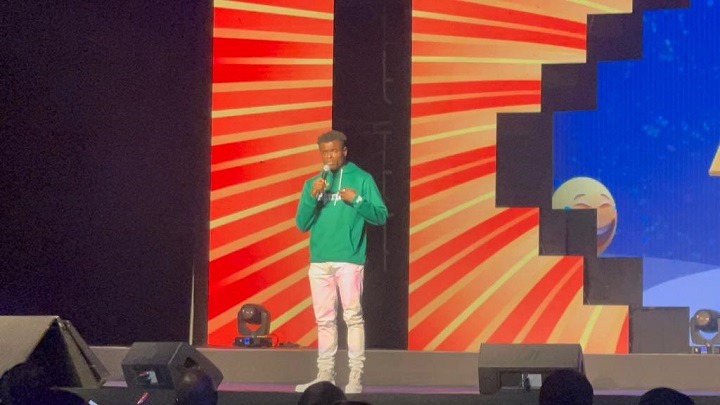 Aproko said he wore green and white on the night so that if he doesn't perform well his country can carry the shame.

"The number of fowls that have been killed for Christmas is too much. It looks like Jesus and chicken are not on good terms. It is a chicken that crowed before Peter denied Jesus," he said.

He also shared exploits of himself and his elder brother with fowls and dogs in their neighbourhood.

When Destalker took his turn, he narrated an incident when he was performing in Abuja and he was cracking jokes about policemen, only one man was not laughing not knowing he was a policeman. He got arrested after the show.

He compared Black Friday in London and the one in Nigeria saying the prices in Nigeria are outrageous.

"Education is very important, one guy who refused to go to school was arrested for possessing Indian hemp. When he was asked to write a statement, he copied that of a murderer."

"The kind of Gospel songs being churned out these days had it not been for the fact that they mention God, the meanings would have been something else.

"John Mahama says Ghanaians have short memories, they have forgotten what he has done for them and did not vote for him. Akufo-Addo should go to India for money," he said.

Good old Gordons cherished his 27th time in Ghana saying Ghana is his second home because he loves Ghanaians who are beautiful people.

"Only God can be trusted, Mercedes Benz boasts that their car cannot somersault but it killed Princess Diana. French people have taught Africans a lot, someone slapped Macron, what are we waiting for?

"Nigerian President is the President and the Minister for Petroleum, if one fails, one will succeed. If you are working and you are not succeeding, add Ashawo. My late father dashed out stove to a woman he brought to the house because she worked on him well." 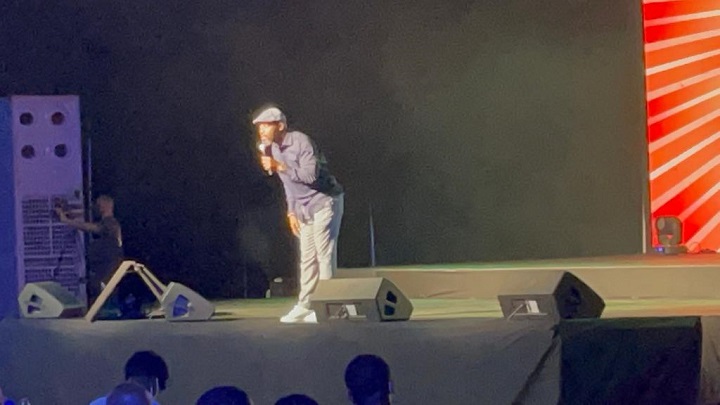 According to the last act of the night Okey Bakassi, African preachers act like they work in the security department of heaven. They say prostitutes won't make it to heaven forgetting that these prostitutes help the community.

"Times have changed, in the Bible Jonah could leave home for three days and return to tell his wife that he was in a whale. Present day men cannot try that.

"Marriage is a secret cult, nobody tells you everything until you enter. Behind every man is a little boy who wants to play.

"When you marry, you realise that women go through metamorphosis. From girlfriend to wife to mother.
"One your wife offers you a seat in your own house, know that the case is not in your favour."

Musicians Epixode, Kwabena Kwabena and Abiana gave good accounts of themselves while comedienne Jacinta was MC and she handled affairs very well with her jokes on point.

Jacinta was emcee on the night