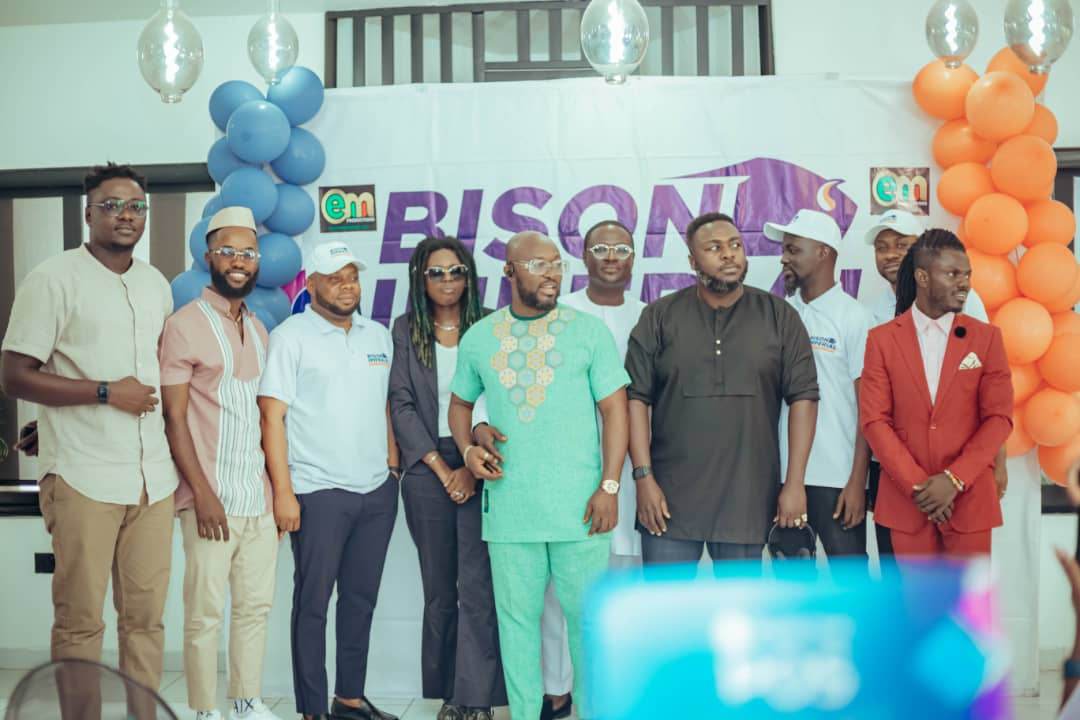 The Bison Imperial team is set for massive support for the entertainment industry in 2023
30.5k Shares

The creative industry has been a fertile avenue of providing employment to the youth and as part of its corporate social responsibility, Bison Imperial Global, a fast growing Ghanaian shipping and freight forwarding company has announced plans to make significant contributions to the sector.

At a press conference held at Café Bar Noir in Dzorwulu on Thursday, December 29, the General Manager of Bison Imperial, Henry Raphael Kemausuor outlined their lineup of activities for the sector in 2023.

He mentioned that in the first quarter of the year, the company is partnering EM Production and Adanfopa Media to hold a tour in France dubbed “Finest tour”.

Also, the team will be launching a non-governmental organisation, Foundation and Social Corporate Responsibility Projects in the second quarter of next year.

The third quarter will see a seminar organised by Bision at the various tertiary institutions including University of Ghana. There will also be Bison Branded Excercise Books for underprivileged schools.

That is not all, the highlight of the various projects includes the hosting of an African tour with Ghanaian artistes and African entertainers in the last quarter of the year.

According to Mr Kemausuor, the creative industry played an instrumental role in shaping the minds of people particularly the youth and was very confident their contribution will go a long way to provide employable skills to many.

“We have identified that the entertainment industry can change the ideology of a country. This is possible through the many job opportunities it creates. However, the government can’t shoulder all the responsibilities without support from corporate organisations.

“As such, private sector participation is equally essential for the promotion and investment of the entertainment industry to explore its hidden opportunities and to positively project the country’s image to the outside world,” he said.

Already, Bison Imperial is pushing for the gains of the entertainment industry with the sponsorship of the Finest Tour by DJ ABK GH held recently.

The Chief Executive Officer (CEO) of Bison Imperial Global Shipping and Logistics, Isaac Owusu Nyantakyi Brempong said DJs are the first port of call in the promotional activities in music chain by giving publicity and huge visibility to works of musicians.

“For instance, with this tour, the team moved around with logistics and also engaged people at the five locations we held events. All this creates an avenue for jobs and for making income as well.

“This is what my team is driving at and we are committed to this worthy cause of making the creative industry a fertile grounds for employment,” he noted.

Musicians Abochi and OV, together with DJ ABK GH and MC Nana King were also in attendance.