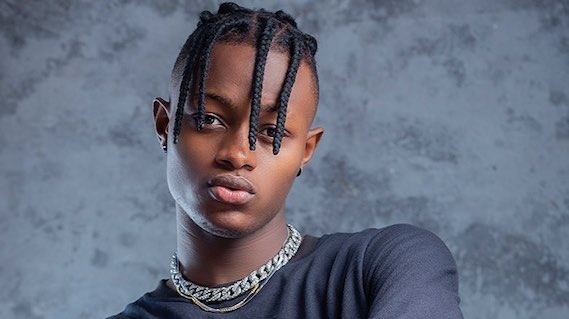 FAST-rising Ghana based Cameroonian artiste, Cool Boi is challenging Ghanaian artistes to be confident in their abilities and not to be intimidated by exploits of their contemporaries in other African countries.

He pointed out that the exploits of Ghanaian music outside the country is a demonstration of their capabilities.

However, many of the up and coming artistes were not putting in much effort to take their rightful place in the global competitive music business.

“It is not for nothing that as a Cameroonian, I chose Ghana as my home to do music. It tells a lot of the image the country has outside which is heavily influenced by the performances of her artistes.

“Interestingly, some of the up and coming artistes lack confidence to explore prospects outside Ghana. There are many young African artistes who come to Ghana to cut their teeth in music.

“In my case for instance, I chose Ghana out of the many countries including my own country, Cameroon of which I could have lived there to do music.

"However, I’m here because I know Ghana has a lot to offer me in terms of quality of music as well as artistes I can under study.

“If I can see such good things in Ghanaian artistes, they have no choice but build their confidence and positively contest worldwide,” he said.

Cool Boi whose real name is Mbah Amstrong has been doing music in Ghana in the last four years and has worked with a number of Ghanaian artistes including Kofi Kinaata and Kelvyn Boy.

He first caught attention on the Ghanaian music scene with Lalala which he has done a remix with Kelvyn Boy.

His song, Halleluyah featuring Kofi Kinaata did remarkably well on YouTube with over 110,000 views since its release in October 2020.

Last year, he dropped Party, Somebody’s Daughter and a remix of Lalala in November, which did considerably well.

He described 2022 as a year of many successes. “A strong foundation is needed for any good building and I believe that I’ve built a strong foundation for my music and this year, I’m very hopeful my music will make better gains than it did in previous years.”