At the 2018 Fetu Afahye in Cape Coast 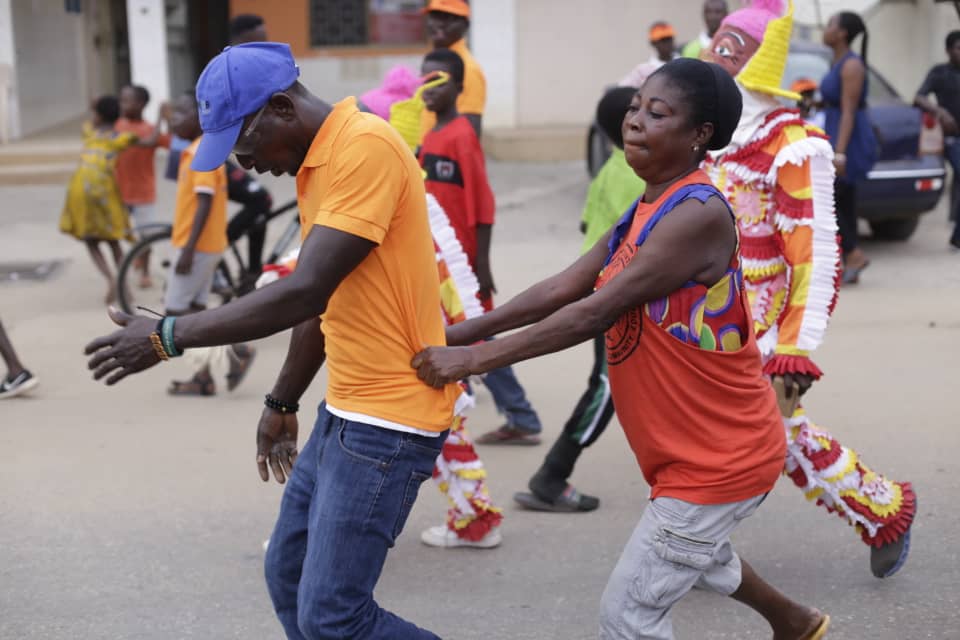 retinue of chiefs and Asafo companies processed through the principal streets of Cape Coast in their regalia from the usual Mfantsipim School junction to the Victoria Park (Jubilee Park). 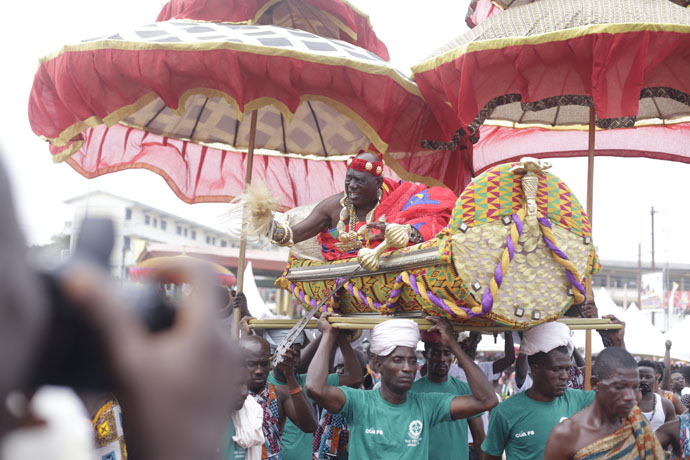 The festivities took off last Monday night with some traditional rites beside the Fosu Lagoon, which was followed by the regatta and the Cape Coast version of Bakatue to lift the ban on fishing in the lagoon.

While these rites took place, thousands of revelers from all over the country and abroad who had come to be part of the occasion including the young and old, choked various pubs and other entertainment centers in the metropolis. 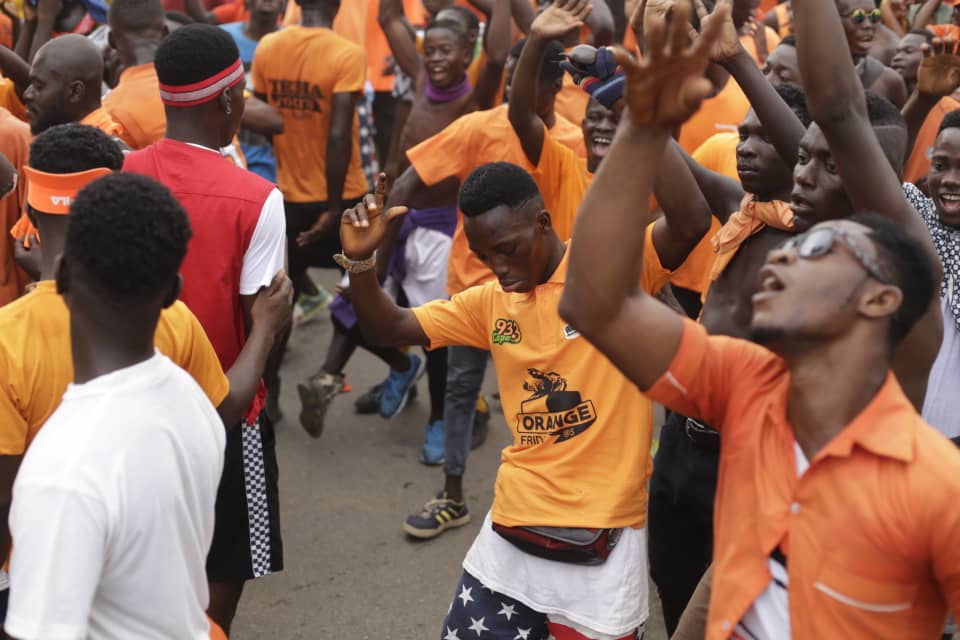 The traditional rites then continued on Thursday night at the shrine where traditional priests and priestesses danced into the wee hours of the night to prepare the grounds for the slaughtering of a cow on Friday morning at the same shrine. 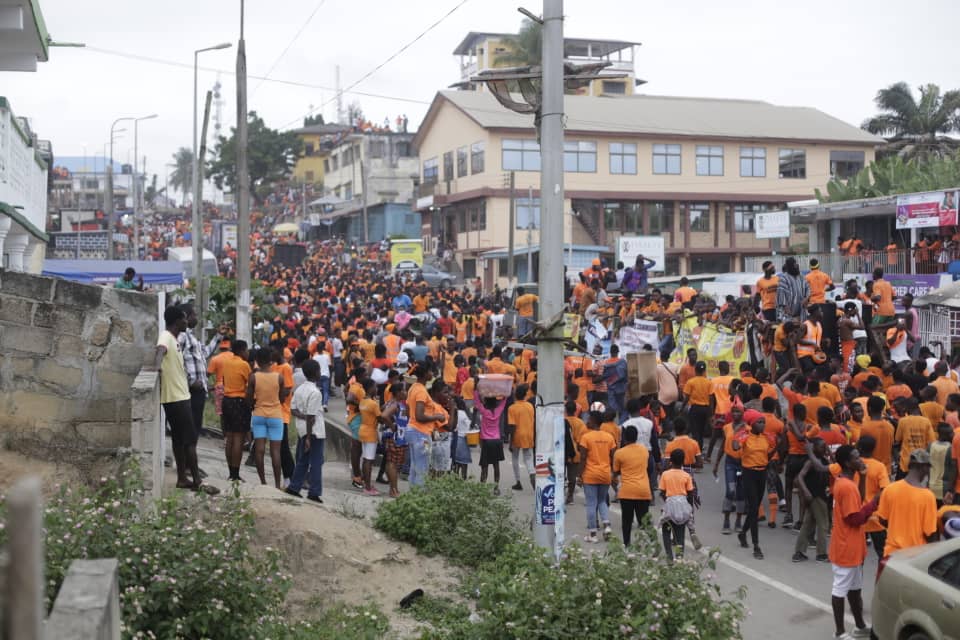 This ritual is believed to cleanse the town and also ward off any bad omen as well as wish for better opportunities.

And while the chiefs and traditional priests were engaged in the rites many of the youth also took part in a float dubbed "orange Friday." 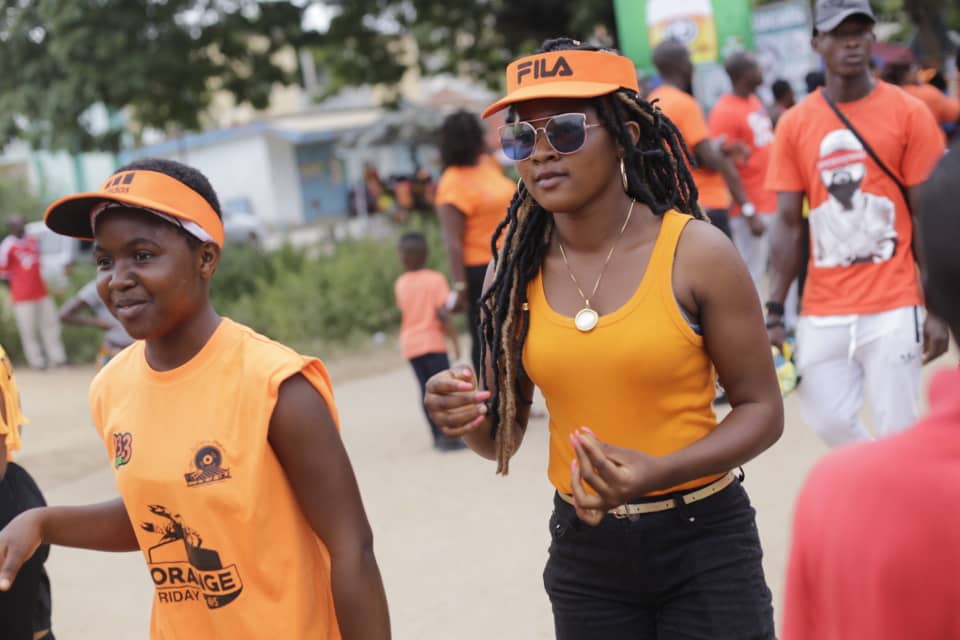 The float was introduced by Cape FM, a local radio station which has orange as their corporate about five years ago.

The streets were splashed with the orange with almost everybody wearing something with shade.

To spice up the float was a street jam at the chapel square which also attracted a huge crowd. 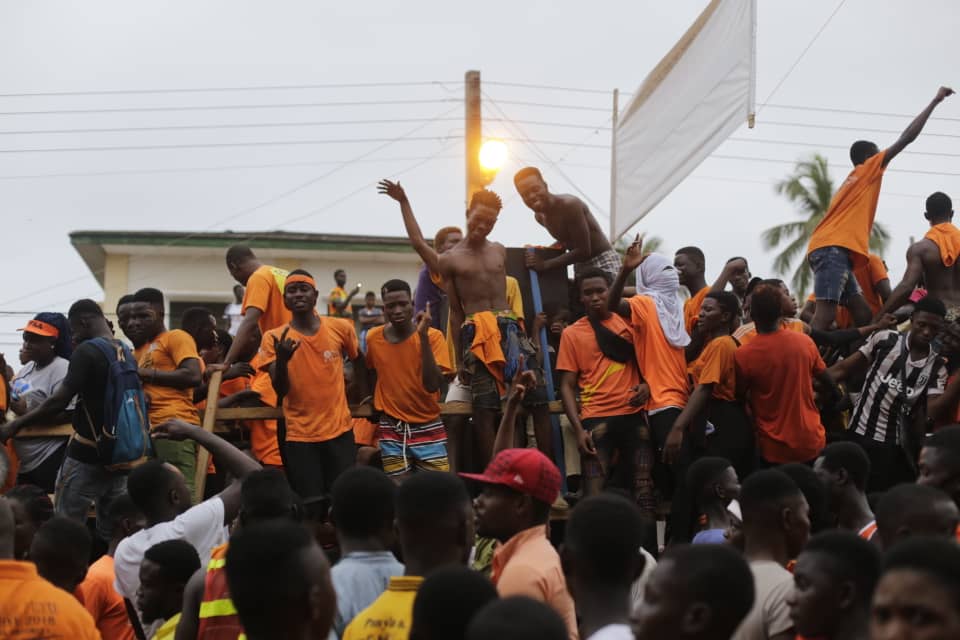 Then came the ultimate on Saturday which was the procession of chiefs and the companies namely Bentsir, in their red apparels followed by the Anafo company also in their blue attire and the number three group Ntsin in green.

On the heels of  was the Nkum company in yellow in number four and Amanful.

These groups reminiscent of the historical wars process ahead of the chiefs amidst drumming, dancing and firing of musketry. The procession started from the Mfantsipim School junction through Kotokuraba market all the way to Victoria  (Jubilee ) where a durbar was held to put the icing on the cake. 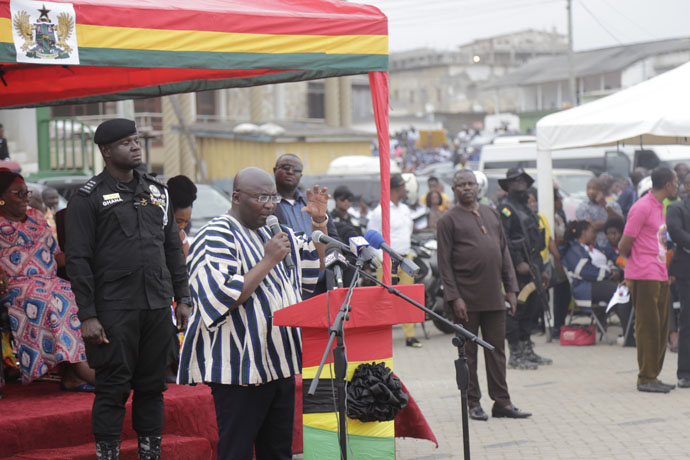 Speaking at the durbar, the Vice President Alhaji Dr. Mahamudu Bawumia said the Afahye should be taken seriously because there is a lot to learn from it.

He explained that the chiefs and people should come together and make the Afahye one of the best in Ghana adding that he hopes it will be improved next year. 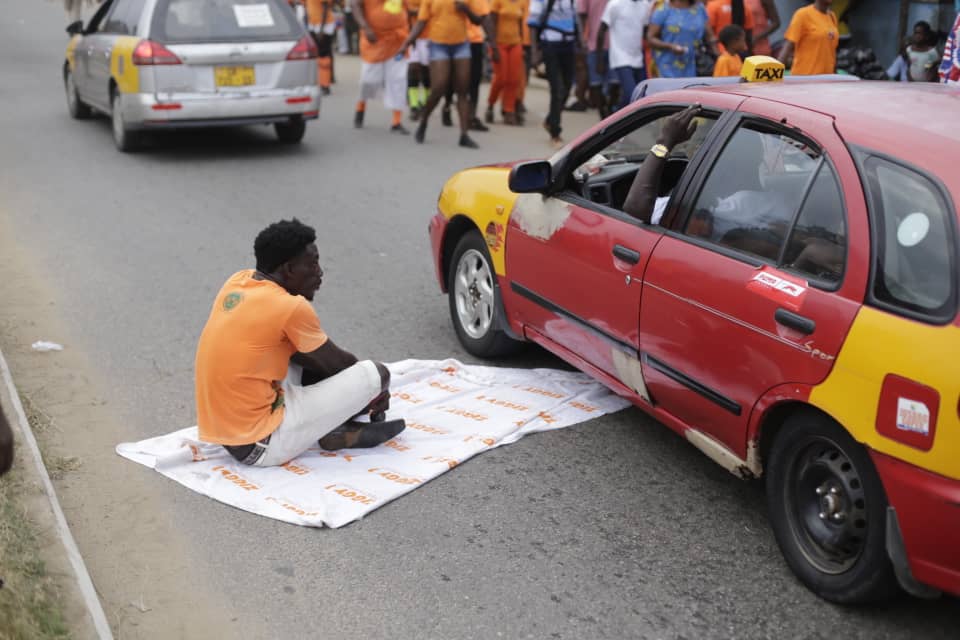 He said NPP is restoring macroeconomic stability. "The free SHS is helping parents who couldn’t afford to take their kids to school,” he said.

"We know the creation of jobs is very crucial so we are putting in a lot in the area of agriculture”.

"More jobs will be created for the youth. We want to revamp the railways to open up the north to create more jobs," he added. 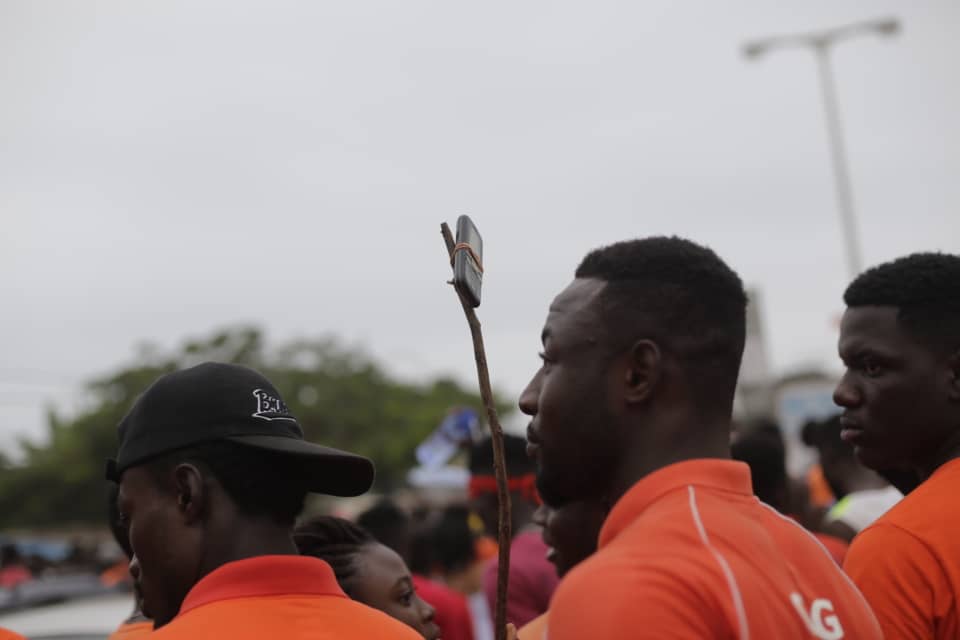 The Ogua Omanhene Osabarima Kwesi Atta II said the theme was to rekindle the love for culture in the youth while reminding them of history, which they were losing.

He stressed the need for residents to end open defecation adding that toilet facilities were being erected along the coastal stretch.

He urged the government to educate the masses more on the double track system.

CLICK HERE TO VIEW MORE PHOTOS FROM THE FESTIVAL 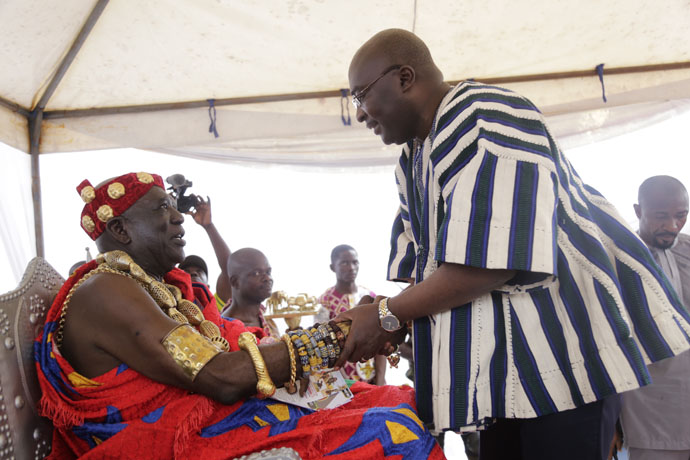