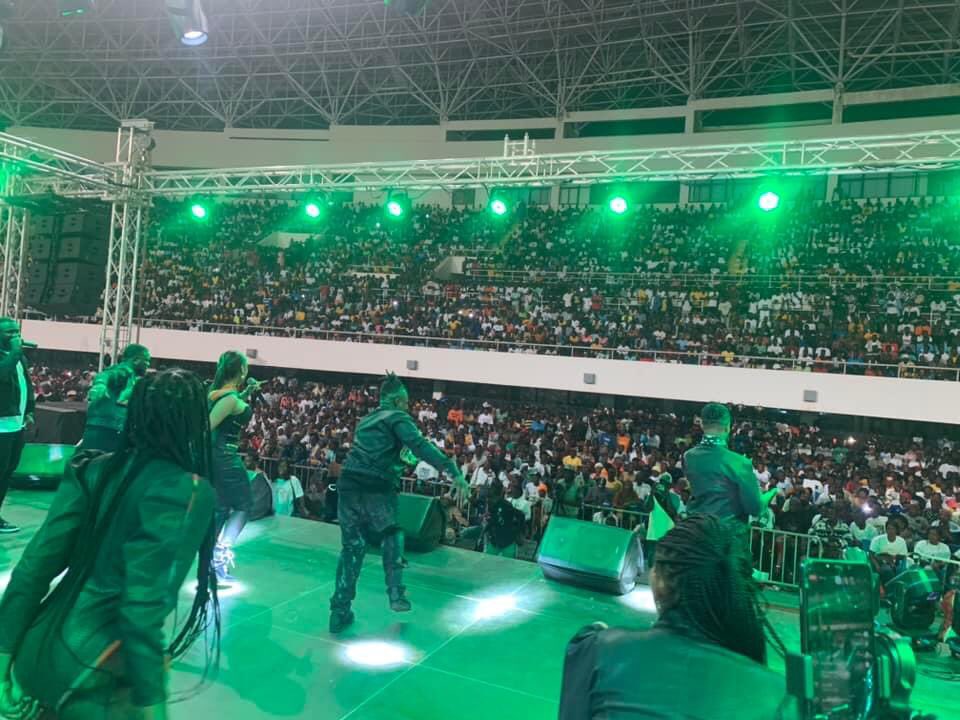 Fancy Gadam has undoubtedly demonstrated to the world his talent, his fan base in the northern region of Ghana, and how firmly he has cemented his place in the Ghanaian music scene.

The Northern Star's 10th-anniversary celebration in the music industry at the Aliu Mahama Sports Stadium on Saturday, October 22 was an exciting memory-making occasion for him.

The singer of the smash song ‘Total Cheat’ packed the 20,000-seat sports arena to the gills and thrilled the audience with nonstop music, dance as well as thrilling performances from other supporting performers.

He had earlier said his dream was to organise a concert that "would be one of the biggest ever to be held in the country, and the target is to fill up the stadium to the rafters," and this dream did, in fact, become a magnificent reality.

By 11 p.m. on the night, the venue was already crowded with opening performances by underground artistes.


That is not all, several industry acts made grand entrances and delighted fans with upbeat performances.

One of such enjoyable entry was Hajia4reall's impressive entrance on a horseback. She was warmly welcomed by the residents.

The night's main attraction, Fancy Gadam, gave fans an eclectic performance as a way of appreciating them for their unwavering support throughout his musical career.

Prior to the concert, the 10th-anniversary celebration was marked with various activities such as cleanup exercises, donations among others.

Fancy Gadam visited the Nyohini Children’s Home to spend time with the children and made donations too.

“I do hope that this will go a long way to help the kids and put smiles on their innocent faces."

Born Mujahid Ahmed Bello, the Ghanaian Afropop, dancehall and reggae artiste has become a household name in the industry.

In addition, he has received global recognition and was crowned Best Afrobeat Entertainer at the 2020 International Reggae and World Music Awards.

He has numerous hit singles to his credit, including Kom, My Baby and Nobody among others