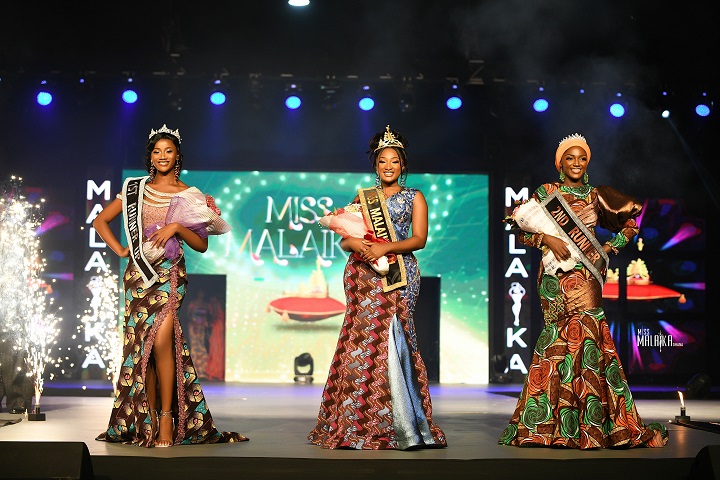 A 19-year-old student of Clark University in the United States, Ama Tutuwaa Osei Akoto, has emerged winner of the 19th edition of Miss Malaika which came off at the Grand Arena in Accra on Saturday, October 30, 2021.

Ama staved off competition from nine other beautiful ladies to take the coveted crown. She also won for herself a Kia Forte saloon car, GH¢10,000, a trip to Dubai, a one-year supply of GTP fabrics, Closeup toothpaste freshness pack among other packages from sponsors.

Speaking with Graphic Showbiz about her win, Ama Tutuwaa said, “I feel immensely proud of my performance throughout the pageant and most specifically during the finale.

"Although I was the youngest in the house, I never let that slow me down or affect my efforts and this was evident in the fact that every time I mentioned my age, everyone, from the girls to the organisers, was surprised all over again.

"I feel ecstatic about what the future holds for me during and after my reign as queen and I can’t wait to launch my project which I believe is going to be transformational."

“I personally liked the fact that the past queen Mariam Owusu was given a role to play in this edition. I believe it was a great opportunity to harness her talent, I mean, that is what Miss Malaika is all about, giving young ladies the opportunity to grow,” Berla said.

KOD also added, “as always, every year offers something different in terms of the backgrounds of the delegates and what they bring to the competition. It has been an exciting year and the best delegate was crowned.”

There were some great performances from some of Ghana’s new school artistes including Mr Drew, Adina, Abiana and Sefa.