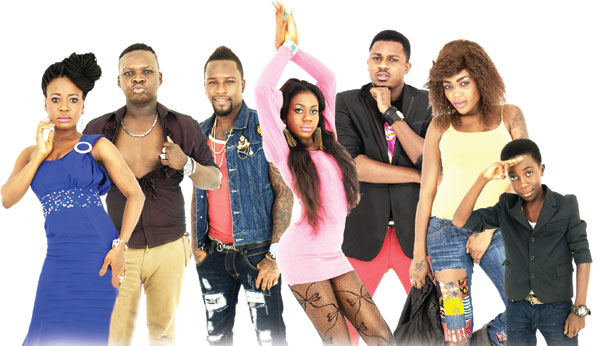 Now on Viasat 1, Afia Schwarzenegger is based on the life of a self-confident and stylish young lady who will do anything to get to the top regardless of the daily experiences of her close friends.

The Ghanaian series also has characters such as Tornado, Ella, Cartoon, and Lil Wayne, and new refreshing faces. Catch it at 8.00pm this and every Saturday only on Viasat1.

About 150 would-be singers have their hopes hanging in the balance as only 15 out of that number will be selected for boot camp for this year’s Vodafone Icons – Street Edition.

Who makes it through? Who doesn’t? Find out on Viasat1 every Wednesday at 8pm.

This Tuesday, The 5 Brides enters its third season on Viasat1. It tells a story of five intriguing women whose lives revolve around the joys and angers of love, betrayal, deceit, and what goes on in the typical Ghanaian marriage or love setting. Catch it every Tuesday at 8pm.

What’s the outcome of Baaba’s health and how is it going to affect her marriage to Chris? Will Chris ever forgive her for the abortion?

Gerald’s career decision is taking a toll on his marriage…what happens next? And do we smell trouble coming for Ivy? Tune to Viasat1 this Sunday at 6:30pm and watch the story unfold.

If Season 1 was about Josh and Golda, the plot thickens in Season 2. The members of a social group of which Josh and Parker are part, Network, go on an excursion to Ada. Josh is surprised Isabella appears on the bus for the excursion, but even totally gutted the way events turn out.

What were Isabella and Josh's best friend Parker really up to? And why would Parker disappear from town? Josh has the brains, Akua has the links; and together their business could grow if they learn to keep their emotions out of the business.

Thanks to Akua's accomplice Marlene, there could be trouble on the horizon. Catch XOXO  Saturdays at 5:30pm.